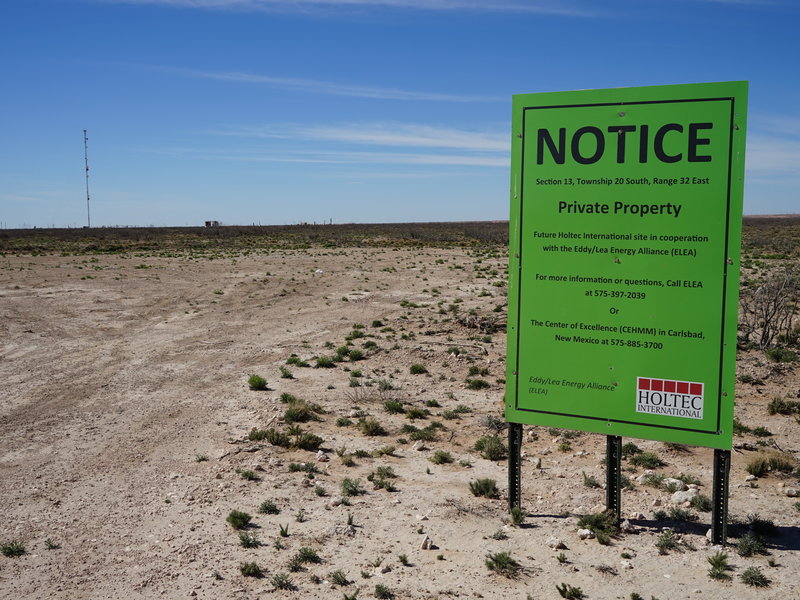 Thirty-five miles out of Carlsbad, in the pancake-flat desert of southeast New Mexico, there's a patch of scrub-covered dirt that may offer a fix — albeit temporarily — to one of the nation's most vexing and expensive environmental problems: What to do with our nuclear waste?

Despite more than 50 years of searching and billions of dollars spent, the federal government still hasn't been able to identify a permanent repository for nuclear material. No state seems to want it.

So instead, dozens of states are stuck with it. More than 80,000 metric tons of spent nuclear fuel, a still-radioactive byproduct of nuclear power generation, is spread across the country at power plants and sites in 35 states.

The issue has dogged politicians for decades. Energy Secretary Rick Perry recently described the situation as a "logjam." But some hope that this remote, rural corner of New Mexico may present a breakthrough.

The Nuclear Regulatory Commission is considering a proposal by Holtec International, a private U.S.-based company, to build a massive consolidated interim storage facility for spent nuclear fuel on that patch of desert. It could eventually hold up to 100,000 metric tons of the material, storing it until a permanent repository is found.

The bid has support from a group of local officials, drawn by the promise of tax revenues, high-paying jobs and a stable source of income.

The same appears to be true in Washington, D.C., where lawmakers are anxious to find a solution and have indicated an openness to change laws, making it easier for private companies to manage nuclear fuel.

A broad coalition of local and national groups opposes the plan, as does the state's new governor. They're worried about transporting the nuclear waste and the environmental impacts of storing it.

"Why should we be the ones to take this negative project on and put up with the consequences?" says Rose Gardner, a florist who lives 35 miles from the proposed site. "We didn't get any of the nuclear generated electricity. We're not even involved." 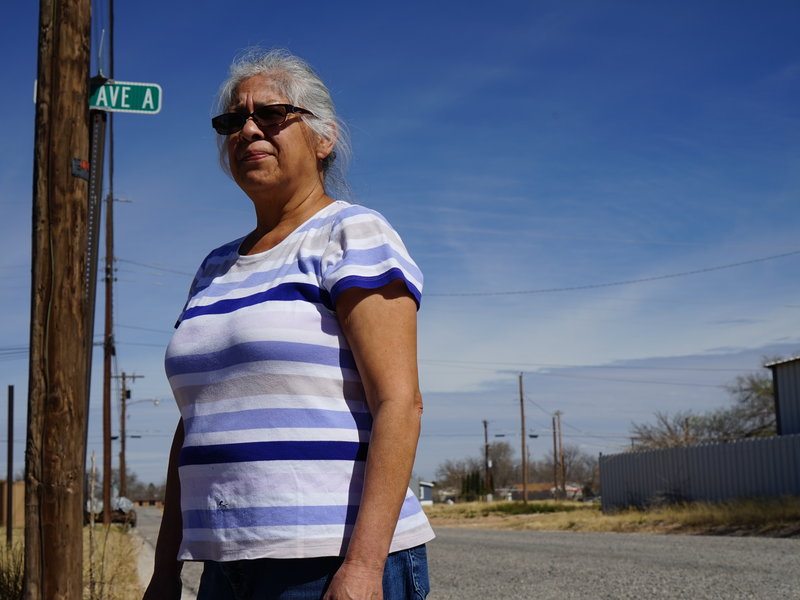 An expensive and expansive problem

The question of what to do with spent nuclear fuel has plagued the U.S. since before the nation's first commercial nuclear power plant was even running.

In 1982 Congress got involved, passing the Nuclear Waste Policy Act, which called for the development of repositories for the nation's high-level nuclear waste and spent nuclear fuel.

The federal government has spent billions of dollars assessing the viability of a deep underground storage facility there. For decades, Yucca looked like the destination for nuclear waste. 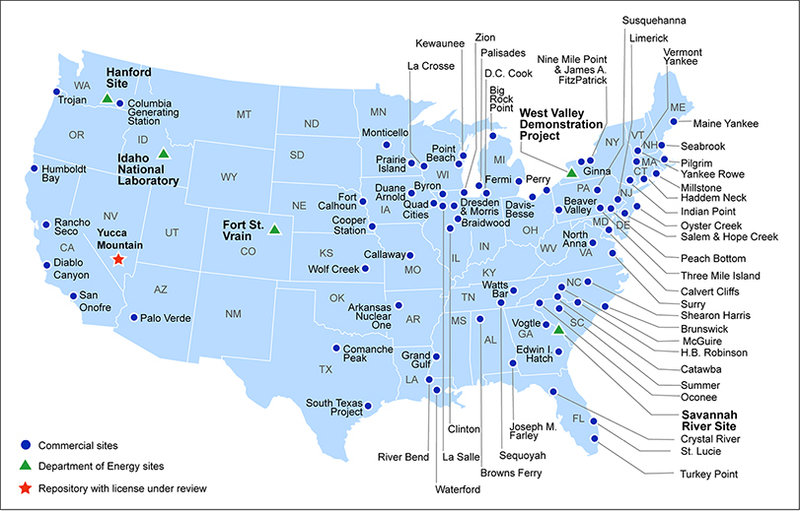 A map of current storage sites for high-level radioactive waste and spent nuclear fuel in the U.S..
Department of Energy

But efforts to move that project forward were stifled by local opposition. Stuck at an impasse, and under pressure from then-Senate Majority Leader and Nevadan Harry Reid, the Obama administration scrapped funding for the site in 2009.

The Trump administration has called for funding to revive the Yucca Mountain project, but local resistance remains and Nevada lawmakers have dug in their heels.

In the meantime, spent nuclear fuel continues to build up at scores of power plants around the country, at facilities that weren't designed to store it.

The problem with this is two-fold.

The other problem is public safety.

More than 1 in 3 Americans lives within 50 miles of a nuclear power plant, according to Columbia University. Many of those plants are now storing spent nuclear fuel on coastlines or near rivers, areas that are more prone to flooding and natural disasters. 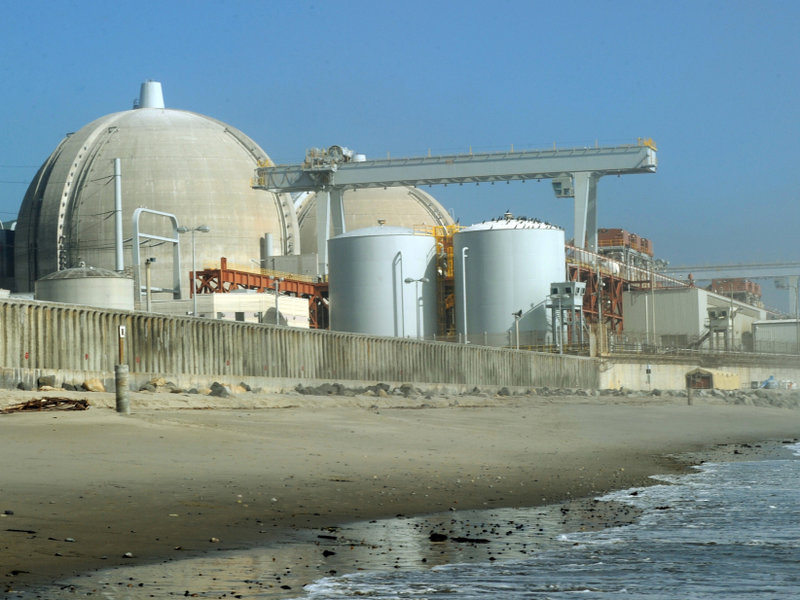 "There's no question, from a safety perspective, from a risk perspective, from an economic perspective, consolidated interim storage makes a lot of sense," says John Heaton, a former New Mexico state legislator who's part of a group trying to bring the facility to the state. "We're in a seismically stable, dry place. It's more or less a perfect site."

In 2010, fresh off its decision to end funding for Yucca Mountain, the Obama administration commissioned a blue ribbon panel to look at America's nuclear waste problem. 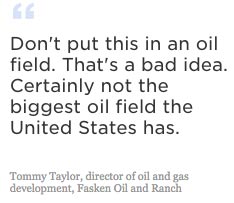 One of its top recommendations was to authorize and establish consolidated interim storage facilities. But to avoid another-Yucca like impasse, it also recommended using a new "consent-based approach" when finding a location.

"We believe this type of approach can provide the flexibility and sustain the public trust and confidence needed to see controversial facilities through to completion," the report said.

But figuring out how to define that consent, and then getting it from various communities, industries and interests, will be difficult.

Ranchers and dairy producers in New Mexico worry about what impact the Holtec facility would have on their industry, real or perceived. There's a fear that consumers wouldn't want to buy beef or milk from a place that's also home to the nation's biggest collection of nuclear material.

There are also concerns from some in the region's biggest industry: oil and gas. The proposed site is in the Permian Basin, one of the busiest oil fields in the world. 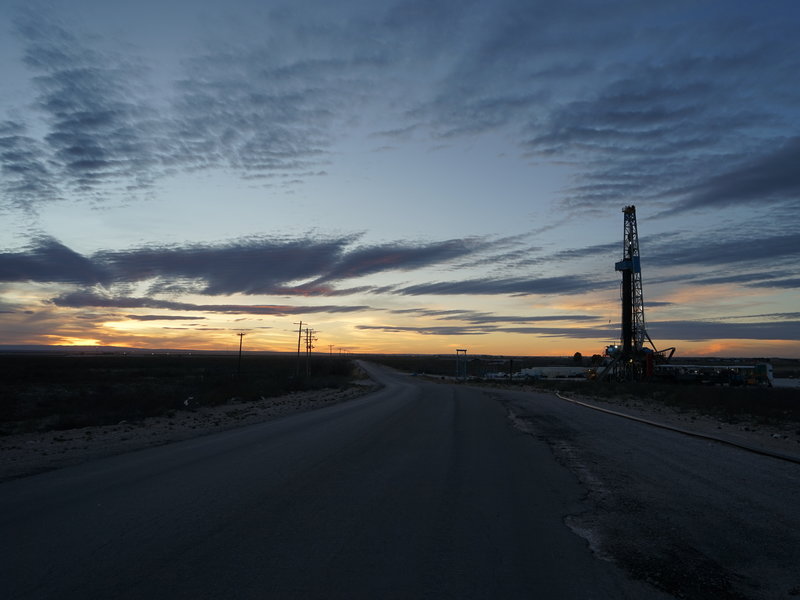 Drilling rigs and pump-jacks dot the desert of the Permian Basin, where Holtec is proposing to build the interim nuclear storage facility.
Nathan Rott/NPR

"I understand we have to solve this problem," says Tommy Taylor, director of oil and gas development at Fasken Oil and Ranch, a Texas-based company with wells near the proposed site. "[But] don't put this in an oil field. That's a bad idea. Certainly not the biggest oil field the United States has."

Taylor feels the same way about another proposed interim storage facility in the Permian Basin, near the Texas-New Mexico border. That proposal, by Texas-based Waste Control and Storage Services, is also being considered by the Nuclear Regulatory Commission.

"My specialty is drilling wells," Taylor says. "We use the best technology we have, the best materials we can get, and the best tools. And even though you're trying to do the best you can — still, things happen."

The companies behind both proposals insist that the projects would be safe. Advocates for the Holtec proposal say that the amount of radiation coming off of one of the storage containers the company plans to use is about the same as a microwave.

"This isn't some Homer Simpson green sludge that's going to leak out and who know's what's going to happen, people with three-eyes and that sort of thing," says Jason Shirley, a Carlsbad City Council member, who was skeptical himself before seeing a video of a Holtec storage container surviving a mock missile strike. "When I'm able to explain this and educate people, they support it."

Thirty-five miles from the patch of desert Holtec wants to turn into an interim storage facility, and about 5 miles from a Texas company's proposed site, is the boom-or-bust town of Eunice, N.M.

Pump-jacks bob among the houses, and the streets are jammed with traffic from the surrounding oil fields.

Down a quiet side street, Rose Gardner, an opponent of both proposals, is taking three grandchildren for a walk.

"We know it's supposed to be consent-based," she says. "They're not getting consent. The actual people aren't for it. And without community support, it won't go." 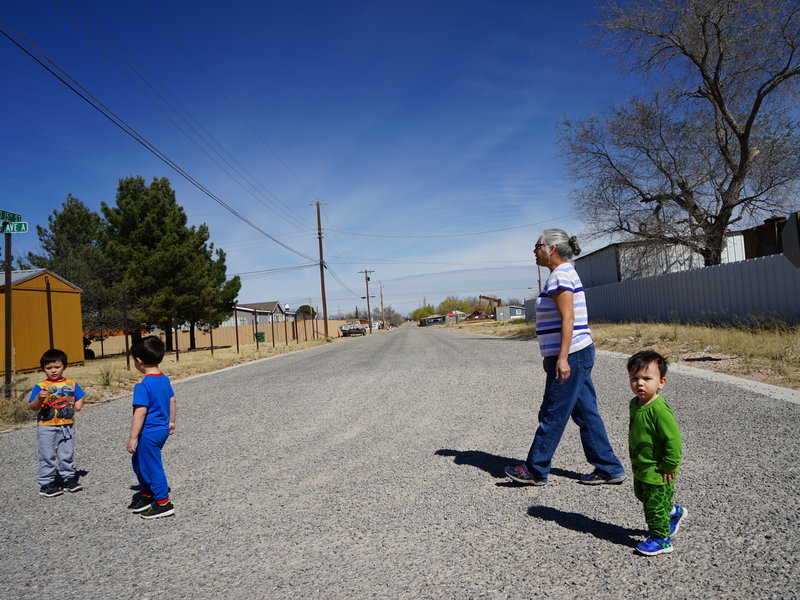 "I've got three little babies here and nobody's speaking up for them," says Rose Gardner, who's worried about what the proposed facility would mean for her grandchildren's future.
Nathan Rott/NPR

There is a history here, though, of nuclear projects that she's well aware of.

Twenty years ago, nearby, the U.S. government built the country's only deep-underground storage facility for radioactive material, the Waste Isolation Pilot Plant. It's designed to store lower-level nuclear waste from federal research laboratories and weapons facilities around the country.

A similar debate played out before the construction of that facility. Supporters touted the jobs and income it would bring. Opponents worried about safety. And there have been issues.

New Mexico Gov. Michelle Lujan Grisham is mindful of those and is unequivocal in her feelings about Holtec's proposal.

"There's nobody that's been able to demonstrate to me that there isn't risk here," she says. "There is risk. We need to be clear about that. I don't think it's the right decision for the state."

Back at the proposed site for Holtec's interim storage facility, a sign lies on its side, uprooted from the ground and punctured with bullet holes.

Asked if it should be seen as an indication of the plan's local support, former state legislator John Heaton laughs.

"You know how it is in the Wild West," he says. "People with guns can't resist putting holes in any sign anywhere." 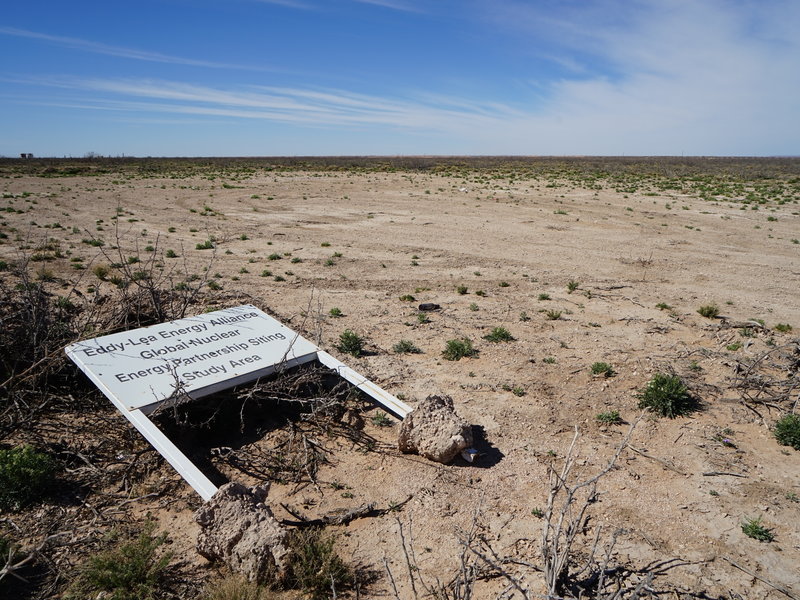 A sign at the proposed interim nuclear storage site lies on its side and is riddled with bullet holes.
Nathan Rott/NPR
MORE: NPR News

Watch Live: Congress tallies Electoral College votes plus live coverage from the Capitol Where Is It Safe To Reopen Schools? New Research Offers Answers House Votes On Bill Endorsing Use Of 25th Amendment Against Trump
By posting comments, you agree to our
AZPM encourages comments, but comments that contain profanity, unrelated information, threats, libel, defamatory statements, obscenities, pornography or that violate the law are not allowed. Comments that promote commercial products or services are not allowed. Comments in violation of this policy will be removed. Continued posting of comments that violate this policy will result in the commenter being banned from the site.