You Adopted A Pandemic Pet. Now You're Going Back To The Office. What Next?

The cozy days of remote working are coming to an end. And separation anxiety looms. by NPR/Savannah Sicurella Tweet 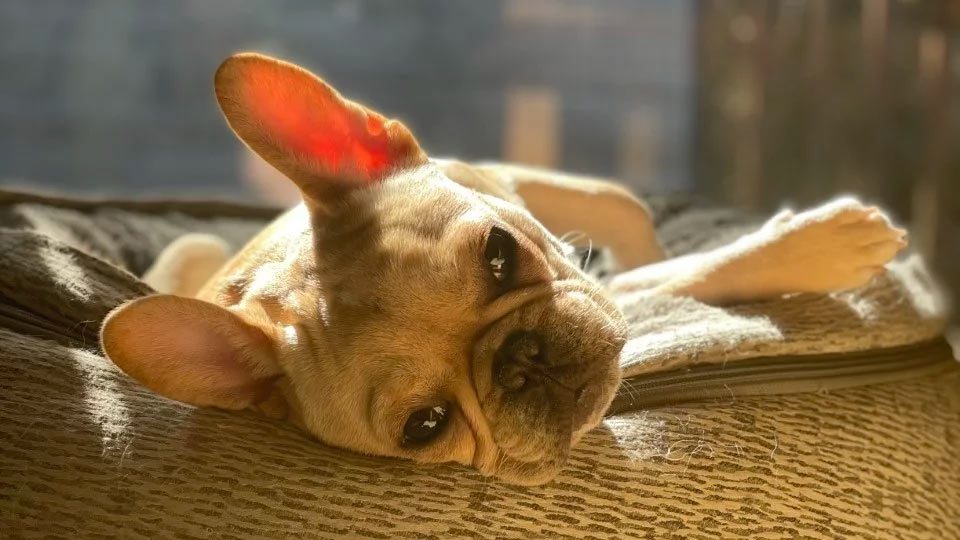 The phenomenon of the pandemic pet was one of few positive triumphs of 2020. Demand for pets surged.
Heather Conover

Melissa Alm's dog Ivan howls as she leaves the front door and heads to work.

Alm's chihuahua-dachshund mix always had separation anxiety, but the pandemic made it worse. Staying at home all day with her dog while working remotely seemed fine at first. But Alm grew concerned when Ivan became more and more nervous whenever she left her home.

Last month, Alm, a property manager in Redwood City, California, learned she would have to come into the office three days a week. Afraid to leave her dog alone, she chose the days she knew her partner would be at home to watch him. That's helped, but she's still worried how Ivan will fare.

Pet owners are often more anxious about separation than their pets
The phenomenon of the pandemic pet was one of few positive triumphs of 2020. Demand for pets surged. Americans, working from home or furloughed, sought out animal companionship. Some shelters struggled to keep up with it.

For many workers, though, the cozy days of remote working are coming to an end. And separation anxiety looms.

Heather Conover, a game designer from Seattle, crate-trained her French bulldog Bumblebee when she adopted him in November. She didn't want him to be needy when she returned to work. Conover didn't foresee developing separation anxiety herself.

"It's really hard, because I'm the one who's attached to her. I think I'm the one with separation anxiety," Conover says. "I love this dog to death, and she's been such a comfort to me during the pandemic. She seems totally fine without me."

Dog walkers are in demand as return to the office looms
Over 30% of owners have sought advice from veterinarians on making the transition to in-person work easier for their pets, according to a March survey from Banfield Pet Hospital. Upon returning to the office, 68% of Gen Z owners and 42% of millennials plan to hire dog walkers or reserve spots in doggy day cares.

Pet care is not cheap, however. Around 20% of owners are considering finding another home for their pets if they cannot bring them into the office, the survey found.

Some employers are allowing workers to bring pets to the workplace. Pet-friendly policies boost employee retention and entice pet owning workers back to the office.

But when dogs and cats aren't welcome in the office, there are pet sitters like Jessica Abernathy, president of the National Association of Professional Pet Sitters.

Abernathy's business in Chicago has skyrocketed in the past few months, owing in part to owners returning to the office. She's noticing more anxiety in her clients than in her pets — they're either reluctant to part with their animals or eager for updates on how they're behaving.

"I feel for everybody that adopted a pet during the pandemic and has to go back to work," Abernathy says. "It's almost the equivalent of having a newborn child and after your maternity leave is up, you have to go back to work. You have that initial anxiety of going back to work and you're like, 'is my baby okay?'"

Abernathy has found pets are relieved when they are handled by pet-sitters, dogwalkers or anyone else other than their owner. Pets need socialization with other people and other dogs. And sometimes they need a break from their overly attentive owners.

"Fido would absolutely love to take a nap without anybody to bug him," Abernathy says.

Savannah Sicurella is an intern on NPR's business desk

What We Know About The 13 U.S. Service Members Killed In The Kabul Attack Watch Live: Biden Speaks After U.S. Completes Afghanistan Withdrawal Her Brother Died On Flight 93. She Still Sees Him Surfacing In Small Ways
By posting comments, you agree to our
AZPM encourages comments, but comments that contain profanity, unrelated information, threats, libel, defamatory statements, obscenities, pornography or that violate the law are not allowed. Comments that promote commercial products or services are not allowed. Comments in violation of this policy will be removed. Continued posting of comments that violate this policy will result in the commenter being banned from the site.