Walt Disney gets all the credit for creating Mickey Mouse, but it was actually his best friend Ub Iwerks who first brought the iconic character to life in 1928. by KCUR/Mackenzie Martin Tweet 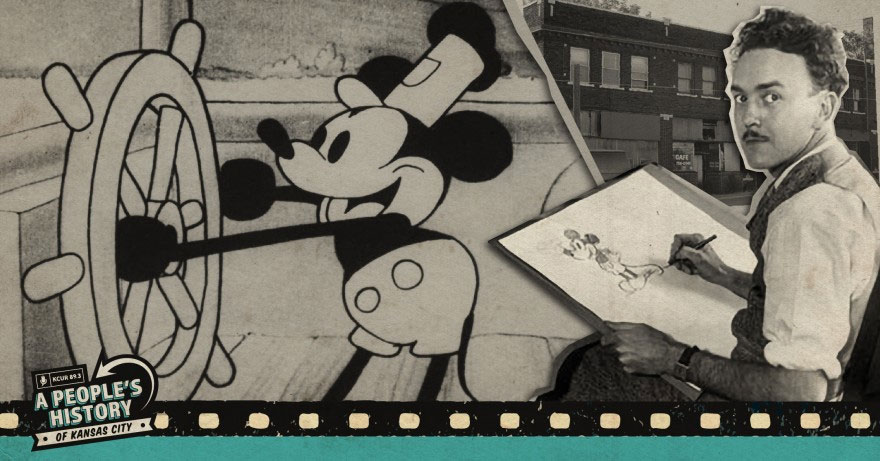 Crysta Henthorne /KCUR 89.3
Kansas City takes a lot of pride in being the place where Walt Disney started his first animation studio and created his first cartoon characters.

But here's the thing: Walt Disney didn’t design Mickey Mouse. And the stories he told for years about how the iconic character came to be aren’t true.

To know the truth about Mickey Mouse and the secret to many of Walt Disney’s successes, you have to know the story of Disney's best friend: Kansas City animator Ub Iwerks. It was Iwerks, not Disney, who in 1928 designed Mickey Mouse and single-handedly animated the first Mickey cartoon in Hollywood.

The two originally met as teenagers, while working at the same Kansas City commercial art studio. Unlike Disney, Iwerks was born and raised in Kansas City. And from an early age, Iwerks was fascinated with the idea of bringing still images to life. It was his dad, a German immigrant, who first introduced him to film.

In addition to being a prolific animator, Iwerks was also the genius inventor behind Disney's greatest special effects. He is the one to thank for the iconic scenes in "Mary Poppins" and "Sleeping Beauty," in addition to Alfred Hitchcock's "The Birds."

“He was the person who was doing most of the behind-the-scenes work. And when Walt was taking credit, Ub was the one who was denied credit,” says Jeff Ryan, author of “A Mouse Divided: How Ub Iwerks Became Forgotten, and Walt Disney Became Uncle Walt.”

It’s not like Walt Disney wasn’t integral to the success of Mickey Mouse. He certainly was. In addition to defining Mickey’s personality, he literally voiced the character for years. But that doesn’t erase the fact that for decades, the collaboration between Iwerks and Disney was mostly kept a secret.

"I think a lot of that has to do with the way that Disney over the years has controlled the Mickey Mouse narrative," Ryan says. 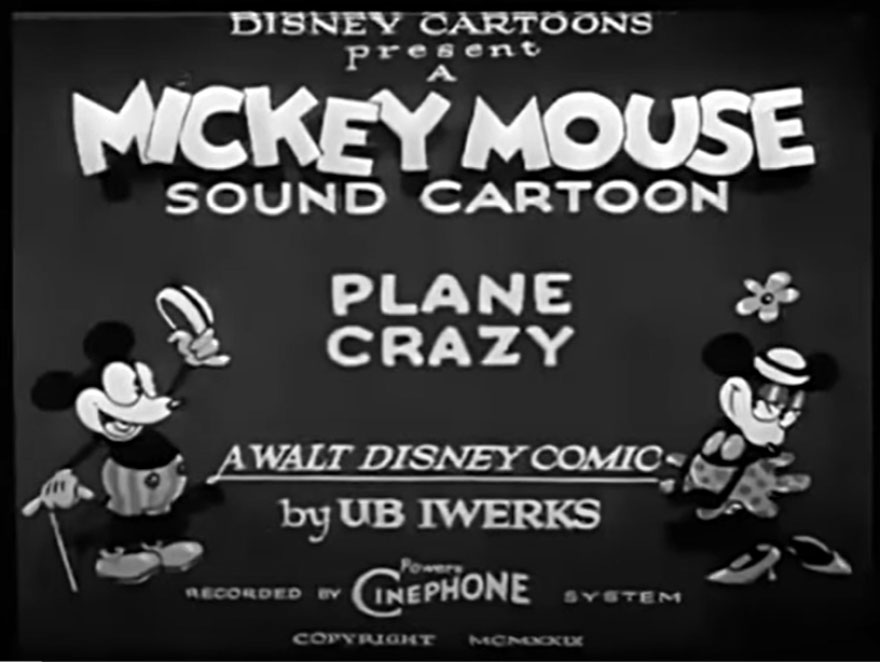 After a record 700 drawings a day, Ub Iwerks animated the first Mickey Mouse cartoon single-handedly in two weeks, something that would have taken other animators months.
Plane Crazy (1928)

You may have heard that Mickey was inspired by a pet mouse that Walt Disney had here in Kansas City at the Laugh-O-Gram Studio. Or that he came up the idea for Mickey on a train from New York to California. But most of these stories... are just stories.

“He said that it was not Walt creating the character on a train... So that was a very different story than the Disney company had put out or that Walt started telling after Mickey became successful,” says Ub's granddaughter Leslie Iwerks.

The truth is that Mickey was born out of an extremely tense, stressful moment. Walt Disney had just lost the rights to his first hit character, Oswald the Lucky Rabbit, and all of his animators had abandoned him. Everyone except Oswald co-creator Ub Iwerks.

So while the departing animators finished up the final Oswald cartoon, Disney and Iwerks worked behind a locked door to hastily sketch out a new character. In all honesty, Mickey could have just as easily been a frog. Or a cow.

“Walt, because he was never satisfied with anything, kept on making up bigger and bigger whoppers to stretch the Mickey Mouse creation story," Ryan says. "And the biggest whopper at first was that Walt was the one who did it. He didn't do it."

Bitterness over how little credit Iwerks got for co-creating Mickey Mouse is part of what almost tore the two friends apart for good. In 1930, Iwerks left Walt Disney Studios to start his own animation studio, citing "personal differences with Walt." The two friends then spent the next decade locked in a rivalry.

But it wasn't the first storm the two friends weathered, and it wouldn't be the last. 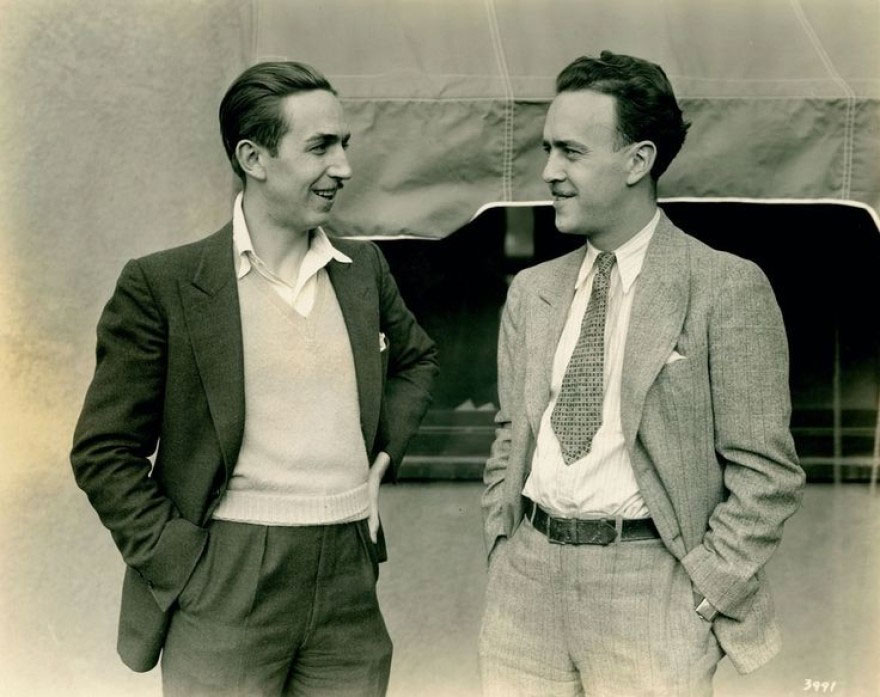 After meeting as 18-year-olds in Kansas City in 1919, Walt Disney and Ub Iwerks went through a series of ill-conceived and failed business concepts before moving to Hollywood. Most notable was their work at the Laugh-O-Gram Studio at 1127 E. 31st St., which is currently being renovated by a Kansas City nonprofit.

“Ub Iwerks is equally as important here. He was a partner in that company. And I think this building is the story of Ub Iwerks as much as Walt Disney,” says Butch Rigby, the chairman of Thank You Walt Disney.

At the Laugh-O-Gram Studio, Iwerks and Disney made short films for a movie house downtown in addition to "Alice's Wonderland," a live-action film starring 4-year-old Virginia Davis.

"It was a bunch of kids hanging out and making art," Rigby says. "The owners were Ub and Walt and they were 21 years old and they recruited these 18-year-olds with an ad in the paper that said, 'If you'd like to draw cartoons, come to the Laugh-O-Gram Studio.'"

Like Iwerks and Disney, many of the early Laugh-O-Gram animators ended up in Hollywood and went on to become pioneers of American animation. Rudolf Ising and Hugh Harman were the early minds behind Warner Brothers Cartoons and MGM Cartoons. 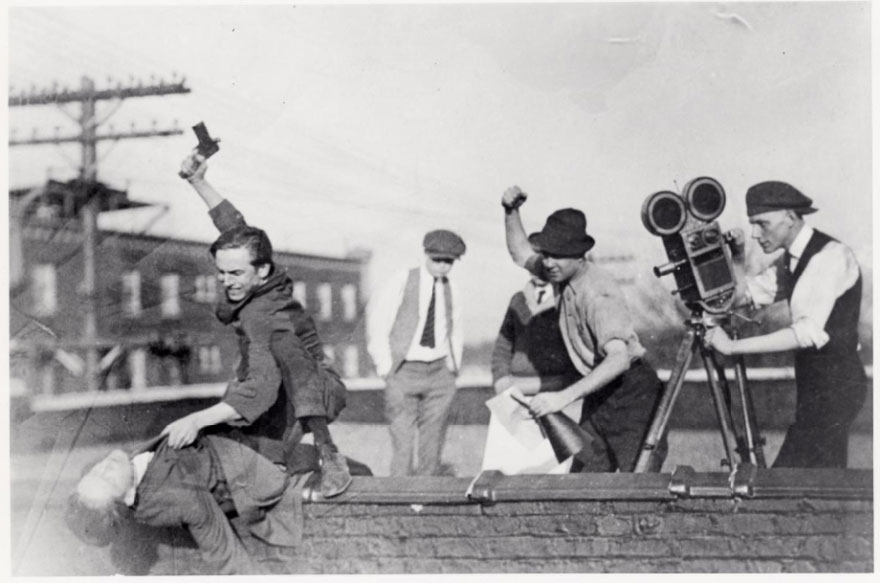 In this staged shot on the roof of the Laugh-O-Gram building, Walt Disney (left) holds a gun while Ub Iwerks (center) directs.
LaBudde Special Collections At The University Of Missouri – Kansas City

Iwerks was an artistic and engineering whiz with the ability to creatively solve any problem. Disney, meanwhile, was a dazzling storyteller who knew how to get the best out of other people.

"When you put Walt and Ub together, they were able to do just about anything," Ryan says.

But part of the thrill for Iwerks was the chase. Once the problem was solved, sometimes he lost interest.

"There is a famous story in animation circles about Ub Iwerks’ brief love of bowling," Ryan says. "He got better and better and better until one day he bowled 13 strikes in a row. And as soon as he did that, he's like, okay, I've solved bowling. And he never bowled again."

The same thing happened to Iwerks in the late 1930s. After two decades of animating, the challenge for him was gone.

So in 1940, 10 years after he left Walt Disney Studios as an animator, Ub Iwerks returned as a special effects problem solver. According to Leslie Iwerks, it was as though the rift with Disney had never happened. "They immediately became tight again and trustworthy again." 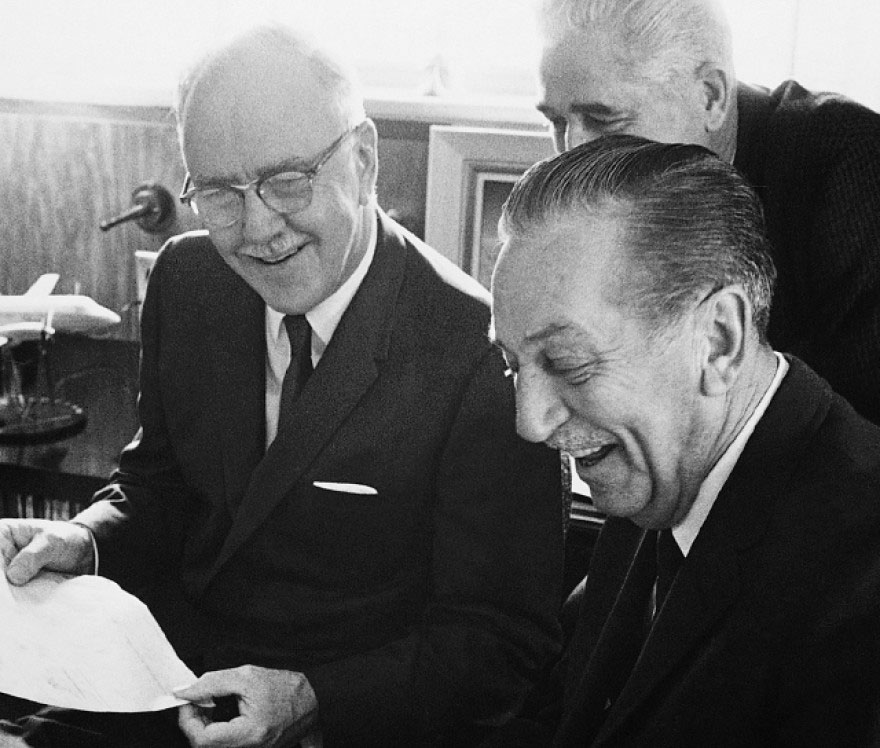 The two friends worked side by side until 1966, when Disney died at the age of 65. Ub Iwerks said Disney's death was "the end of an era."

Then in 1999, 18 years after Ub Iwerks' death, Walt Disney Pictures released Leslie Iwerks' feature-length documentary about her grandfather, "The Hand Behind the Mouse."

"I just wanted to clear that history and I really wanted to also tell the story of Ub's contributions to Mickey Mouse," she says.

So in a sense, the Walt Disney company did eventually tell the true origin story of Mickey Mouse. It just took 70 years or so.

In the end, the story of Mickey Mouse is a good reminder that everything is a team effort. Behind every powerful mouse, there might be a Walt Disney. But behind every Walt Disney, there’s probably at least one Ub Iwerks.

Watch Live: Biden Speaks After U.S. Completes Afghanistan Withdrawal Her Brother Died On Flight 93. She Still Sees Him Surfacing In Small Ways Watch Live: Biden To Outline Strategy To Combat COVID Surge
By posting comments, you agree to our
AZPM encourages comments, but comments that contain profanity, unrelated information, threats, libel, defamatory statements, obscenities, pornography or that violate the law are not allowed. Comments that promote commercial products or services are not allowed. Comments in violation of this policy will be removed. Continued posting of comments that violate this policy will result in the commenter being banned from the site.