Episode 90: Why are Women More Susceptible to Alzheimer's Disease Than Men

REPEAT. Studying the dramatic differences between how female and male brains generate the energy they need as the brain ages. Tweet 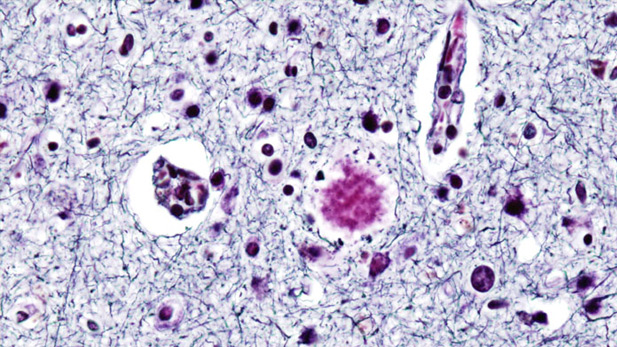 Repeat. Studying the aging brain's susceptibility to Alzheimer's Disease (AD), Roberta Brinton discovered dramatic differences between how female and male brains generate the energy they need as the brain ages. Brinton has discovered that the adaptive strategies that the female brain uses to address the decline in energy production may predispose women to AD. She found that, as estrogen declines around menopause, the female brain can be at risk for utilizing the brain's own lipids as a source of fuel to generate energy. The discovery has led to an effort to develop therapeutic approaches to protect the female brain against AD and which may also be relevant to intervention in the male brain. Brinton and her team are conducting a clinical trial in both women and men of the first regenerative therapeutic for AD that targets the brain's neural stem cells.

Dr. Brinton currently directs UA's new Center for Innovation in Brain Science, which will apply what she has learned about neurodegeneration in AD and precision/personalized medicine to develop therapeutic approaches for other neurological disorders. In 2010, she was awarded one of the nation's highest civilian honors, the Presidential Citizens Medal, for the STEM program she developed to draw minority students in the Los Angeles public schools into careers in science and engineering in large numbers. She credits her own transformational experience doing cutting-edge research as a UA undergraduate for her decision to become a neuroscientist and for inspiring her to work with high school students who might not otherwise see a future for themselves in science.

CDC: The Impact of Alzheimer’s Will Double by 2060 Episode 349: Exploring the University of Arizona campus arboretum Episode 352: Solving misconceptions about the aging brain
By posting comments, you agree to our
AZPM encourages comments, but comments that contain profanity, unrelated information, threats, libel, defamatory statements, obscenities, pornography or that violate the law are not allowed. Comments that promote commercial products or services are not allowed. Comments in violation of this policy will be removed. Continued posting of comments that violate this policy will result in the commenter being banned from the site.