× CORONAVIRUS: The latest coverage and local resources regarding COVID-19 from the Arizona Public Media newsroom.
November 1, 2018 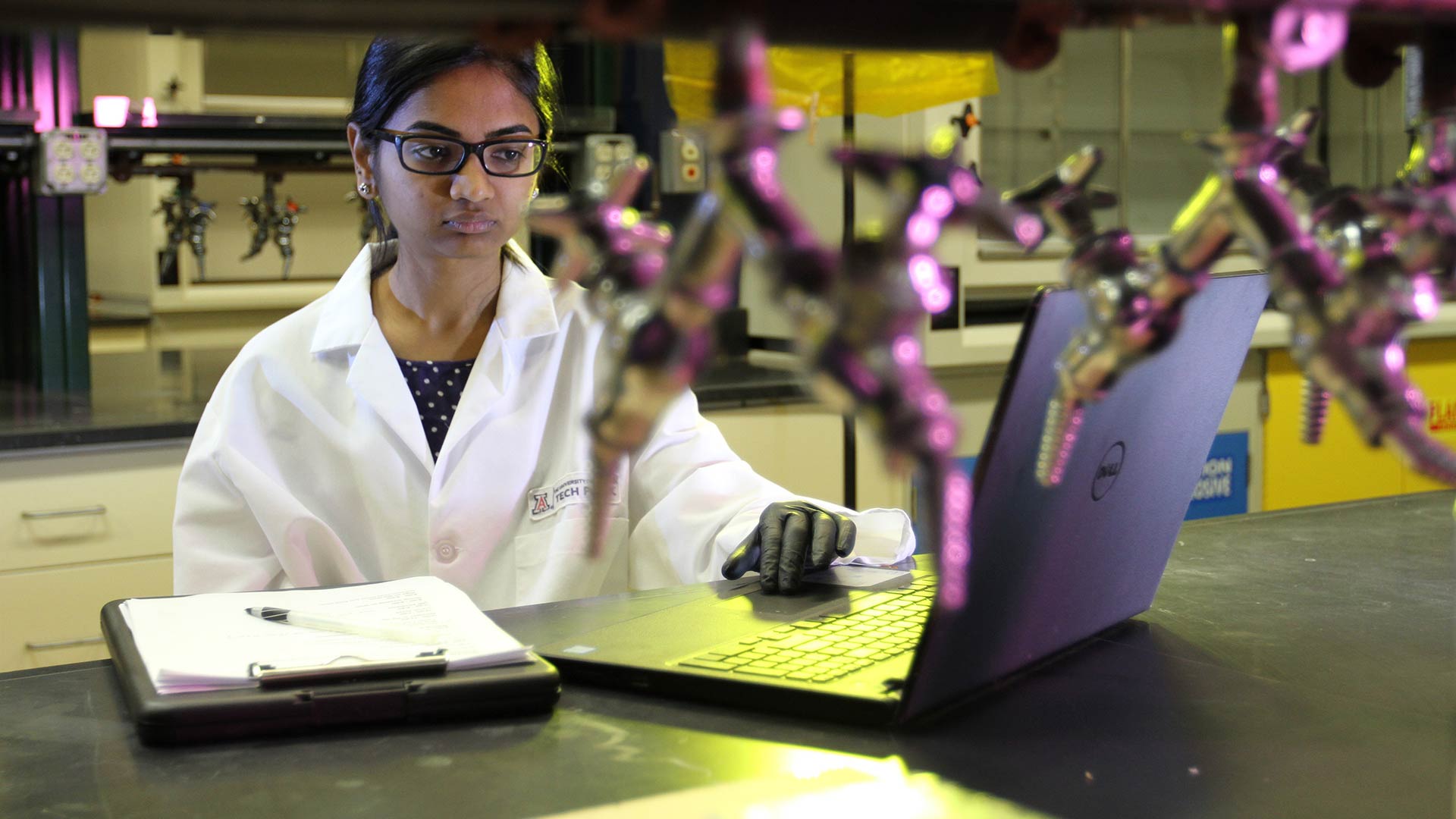 An employee of the UA Tech Parks.
Tech Parks Arizona

Local entrepreneurs and start-up businesses have new avenues for support in Tucson.

Tucson’s tech and startup industries are growing, in part thanks to a supportive environment provided by the university and local startup accelerators.

In 1994, the University of Arizona launched a tech park at Rita Road dedicated to helping companies research, test and manufacture new ideas and products. It’s home to one of the largest multitechnology, grid-level solar testing and demonstration facilities in the world. It houses companies working in the areas of aerospace, agriculture, defense, optics and smart vehicles, to name a few.

“We’re trying to find new ideas, discoveries and inventions that will improve the quality of life for everyone, whether it’s a cure for cancer or a way to detect border intrusions,” Wright said.

Wright said the parks contribute $2 billion annually to the state’s economy. A new tech park is in development at East 36th Street and South Kino Parkway called the UA Tech Park at the Bridges.

Also on today’s show, we hear about the launch of a new kind of startup academy targeted at people who could create the next big thing in tech. We talk with Tony Ford and Aaron Gopp, directors of the Tucson Founder Institute.

“We make the decision to bring in the company not based on the idea but based on the founder,” Ford said. “This is founder-focused. Because I know that this idea may not be the right one, but the next one could be.”

The Tucson Founder Institute will be holding a fundraising workshop on Nov. 13. You can learn more or apply to the institute here.

“We’re trying to find new ideas, discoveries and inventions that will improve the quality of life for everyone, whether it’s a cure for cancer or a way to detect border intrusions,” Wright said.

Last week we heard an extended interview with Democratic U.S. Senate candidate Kyrsten Sinema. We have tried for weeks to get a similar sit-down interview with Republican candidate Martha McSally. Her campaign never made her available to us.

During a recent campaign event, McSally answered questions about the caravan of immigrants making its way across Mexico toward the U.S., and expressed support for increased funding for the U.S. military. The former combat pilot also said the country needs to do a better job taking care of the men and women who serve in the armed forces.

Watch a recap of the debate between Kyrsten Sinema and Martha McSally.

UA nanotech research supporting (very) small solutions to big problems Checking in on the 2020 Arizona Legislature Noise pollution in Arizona
By posting comments, you agree to our
AZPM encourages comments, but comments that contain profanity, unrelated information, threats, libel, defamatory statements, obscenities, pornography or that violate the law are not allowed. Comments that promote commercial products or services are not allowed. Comments in violation of this policy will be removed. Continued posting of comments that violate this policy will result in the commenter being banned from the site.