A panel in Bisbee discusses the present and future of Southern Arizona's last large, free-flowing river. by Ariana Brocious Tweet 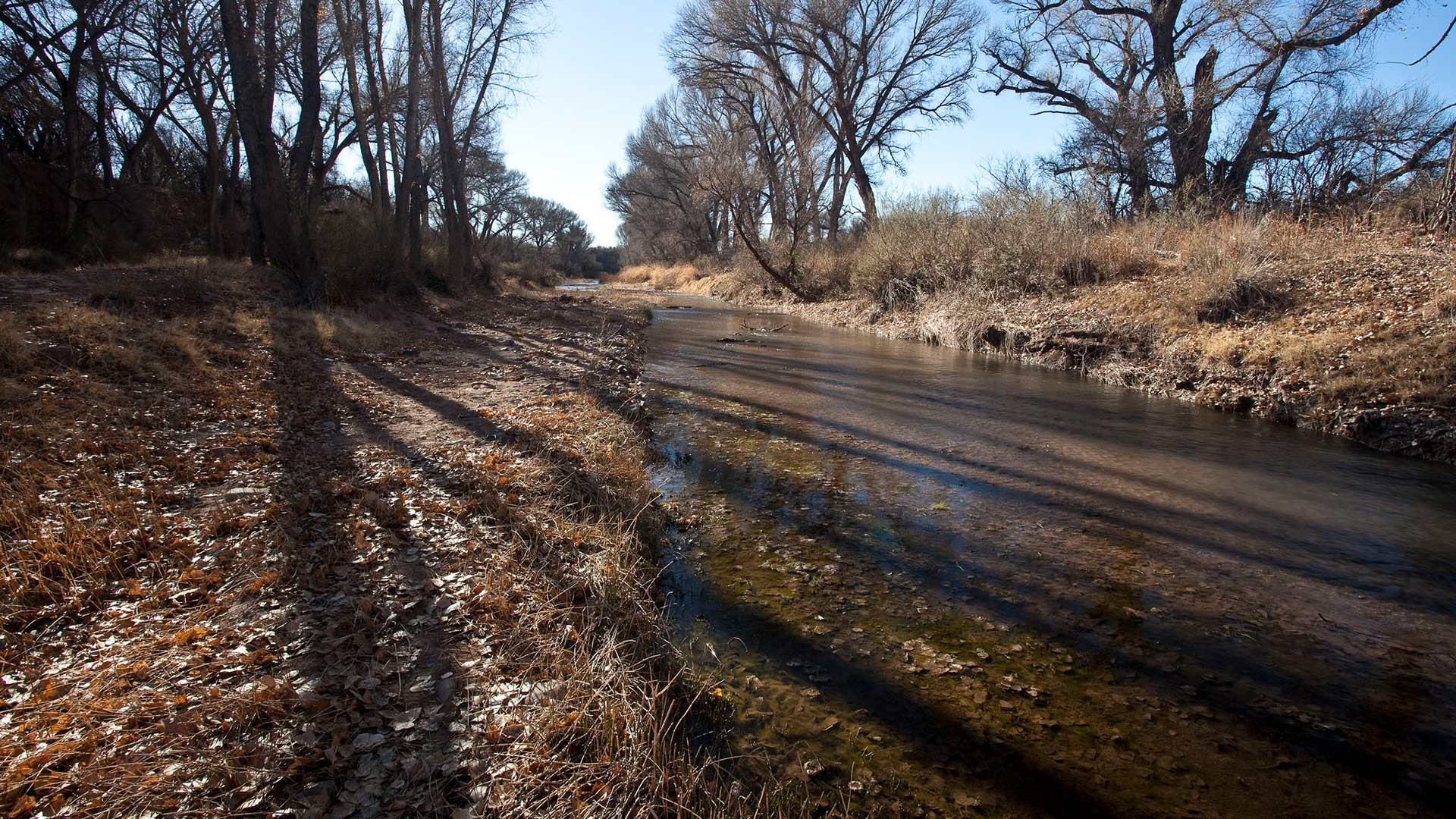 The San Pedro riparian area, containing about 40 miles of the upper San Pedro River, was designated by Congress as a National Conservation Area on November 18, 1988.
Bob Wick/BLM

Listen to an extended version of the panel below.

The San Pedro River flows north from Mexico into southeastern Arizona, creating a rich and valuable riparian corridor to support many animals, including migrating birds, jaguar and ring-tail cat. The river and its connected groundwater flows also support the nearby city of Sierra Vista and Fort Huachuca and other towns, including Bisbee, Tombstone and Huachuca City.

It’s the last large, free-flowing river in Southern Arizona that has perennial flow. But as water demands increase and the climate becomes hotter and drier, the river is increasingly at risk of drying up.

Last week, The Buzz invited a panel of guests to be part of taped discussion about the present and future health of the San Pedro River at the Bisbee Royale theater in front of a live audience. 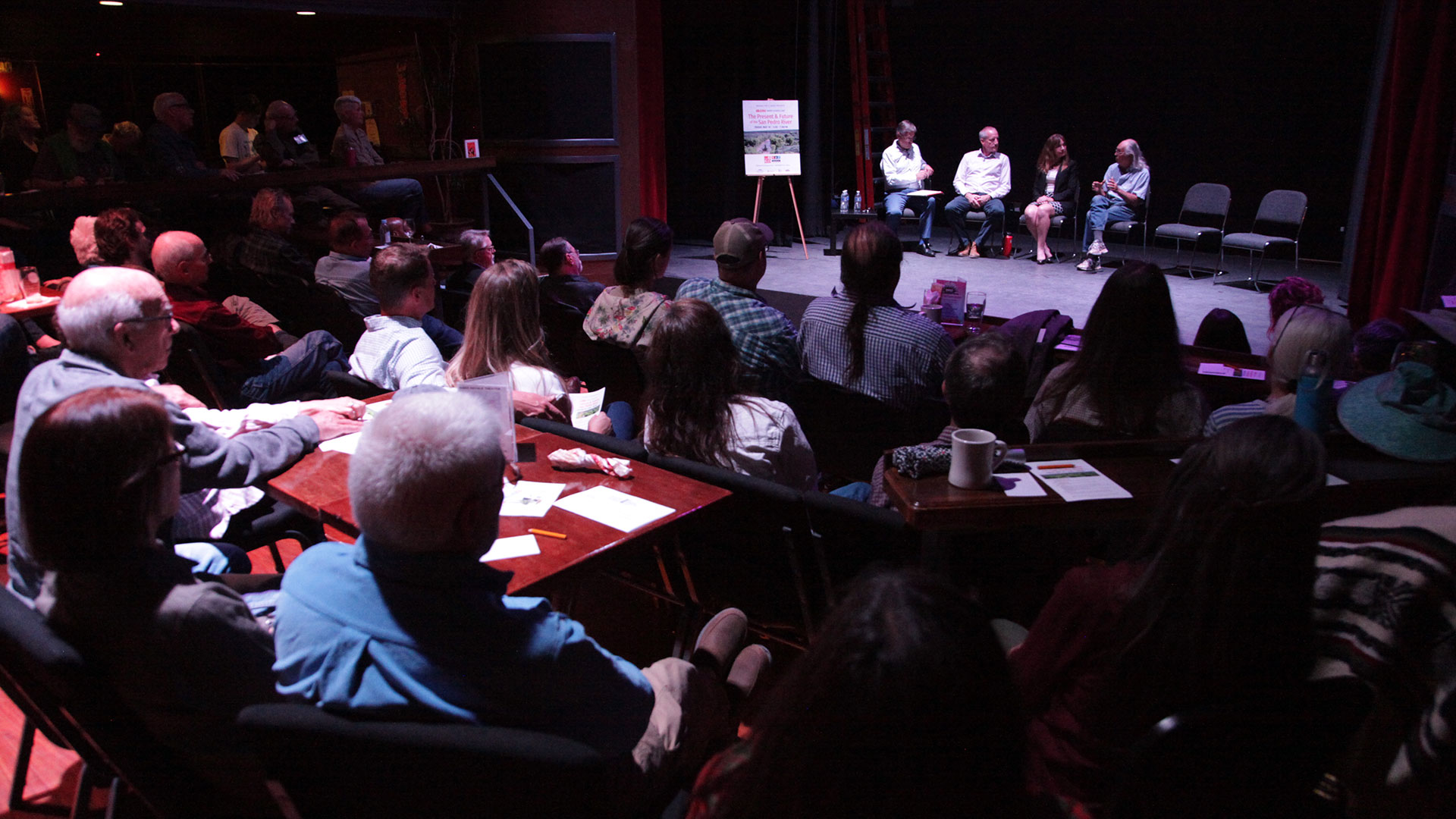 VIEW LARGER A live taping of The Buzz at the Bisbee Royale Theater focused on the San Pedro River on May 10, 2019.
Bob Lindberg/AZPM

Our first panel featured Holly Richter, Arizona Water Projects director for the Nature Conservancy, and Michael Bogan, an aquatic ecologist and assistant professor at the University of Arizona.

We discussed the scientific perspective on water needs of the river, the diversity of species that live there, and what a loss of water would mean for a river with such rich riparian habitat. We also touched on the Cochise Conservation and Recharge Network, a partnership between The Nature Conservancy, Cochise County, the city of Bisbee and others to capture stormwater runoff and recharge it into the aquifer. 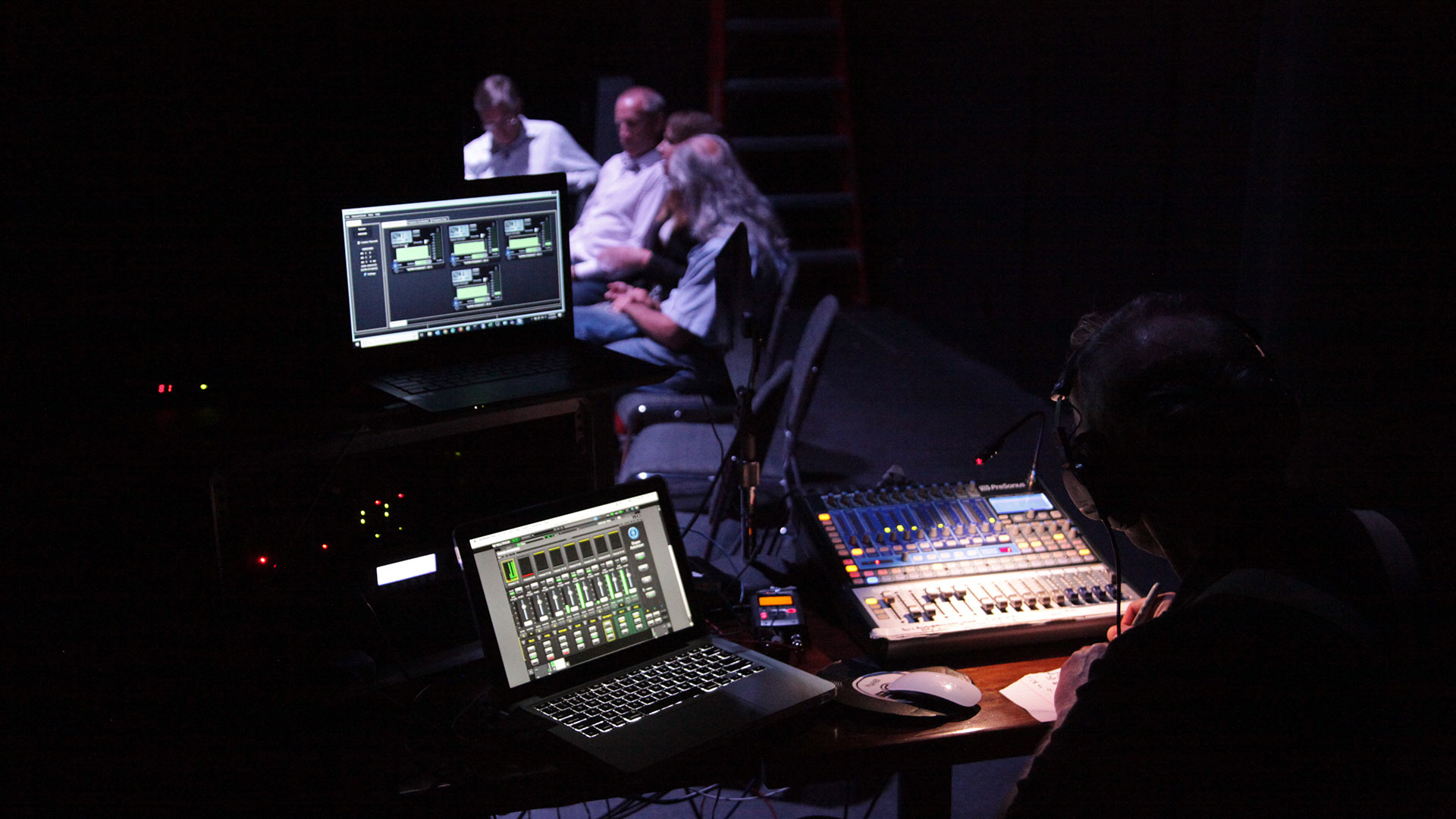 VIEW LARGER The view from backstage at a live taping of The Buzz in Bisbee in May 2019.
Bob Lindberg/AZPM

We talked about the San Pedro River National Conservation Area (SPRNCA), managed by the BLM. Last week, the BLM released its final resource management plan, a document which will guide land-use decisions on the property for the next 15 to 20 years.

We also discussed the SPRNCA water adjudication trial, an ongoing case to decide how much water the BLM will receive as a federal water right for the needs of the conservation area, and the impacts of population growth on groundwater supply.

The Buzz airs Fridays at 8:30 a.m. and 6 p.m. and Saturdays at 3:30 p.m. on NPR 89.1. You can subscribe to our podcast on iTunes and NPR One. See more from The Buzz.
SUBSCRIBE TO PODCAST
MORE: Economy, Environment, News, The Buzz, Water

Groundwater use for Fort Huachuca and the San Pedro River Balancing conservation, grazing and recreation on the San Pedro River Bisbee Science Lab
By posting comments, you agree to our
AZPM encourages comments, but comments that contain profanity, unrelated information, threats, libel, defamatory statements, obscenities, pornography or that violate the law are not allowed. Comments that promote commercial products or services are not allowed. Comments in violation of this policy will be removed. Continued posting of comments that violate this policy will result in the commenter being banned from the site.