Getting outdoors in the Arizona winter

This week, The Buzz heads outside with visitors and locals alike. by Christopher Conover Tweet 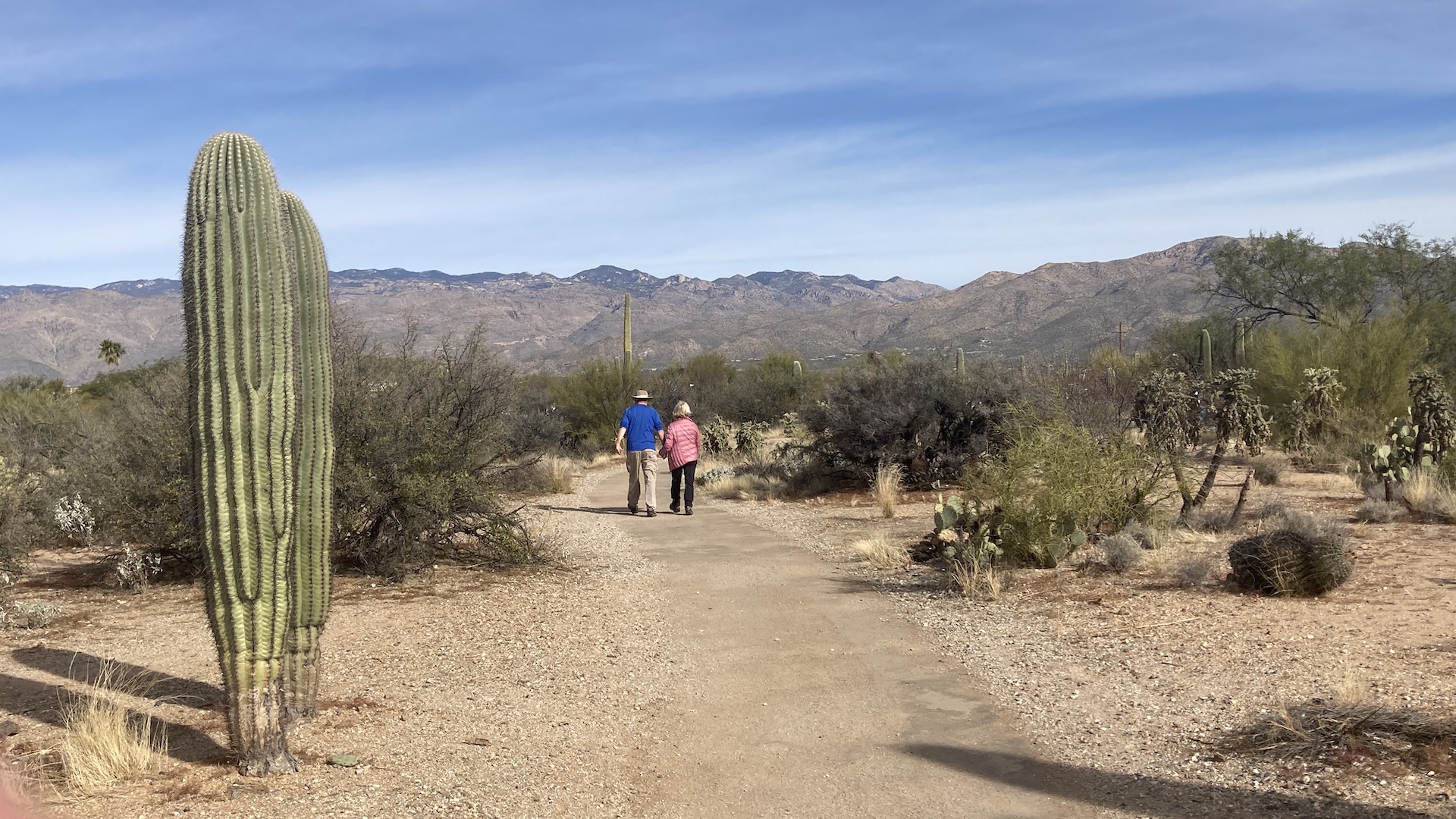 Andy Fisher has a trick to get that rain-in-the desert smell.

Take a handful of creosote leaves off the ground, cup them in your hand and breathe on them.

"Just a little bit of humidity in the air around those leaves releases that oil and that is what makes the desert smell like rain," said Fisher, a ranger at Saguaro National Park.

With temperatures in the Sonoran desert that much of the nation would consider mild, many Arizonans and visitors alike are heading to Tucson and into the desert. This week, The Buzz heads outdoors to join them.

"It's really unusual to have a metropolitan area of nearly a million people this close to several hundred acres of designated wilderness where there are no roads, and no machines and no signs that people were there before you. That juxtaposition is pretty special," said Fisher.

That juxtaposition is also a draw for visitors and Dan Gibson, senior director of communications at Visit Tucson, says the industry is seeing signs of strength even amid the ongoing pandemic.

The number of people staying in hotel rooms in the area in November 2021, was near the same number as in November 2019, the most recent month for which data is available, he said.

"The rate that people were paying for rooms had gone up, which is sort of counterintuitive but it is a general idea of the health of the hotel industry because people are willing to pay a premium dollar to go somewhere," he said.

"Group and corporate travel is still that soft spot,” he said.

The Buzz also spoke with Maggi Dawson, president of the Climbing Association of Southern Arizona, as the sport enjoys growing interest.

"It's hard and I think people like that challenge. It's really difficult or it's a bit of a choose-your-own-adventure," she said.

And Southern Arizona is a draw.

“We can climb year-round here. There's something every time of the year,” said Dawson.

How one grass at Saguaro National Park shows push and pull of climate change Low saguaro reproduction numbers at national park in Tucson U.S. District Court in Arizona scales back in-person proceedings
By posting comments, you agree to our
AZPM encourages comments, but comments that contain profanity, unrelated information, threats, libel, defamatory statements, obscenities, pornography or that violate the law are not allowed. Comments that promote commercial products or services are not allowed. Comments in violation of this policy will be removed. Continued posting of comments that violate this policy will result in the commenter being banned from the site.