Listen to some exclusive solo performances from Calexico's front man, along with an interview about the band's journey to New Orleans to make their new album "Algiers" by Mark McLemore TWEET SHARE 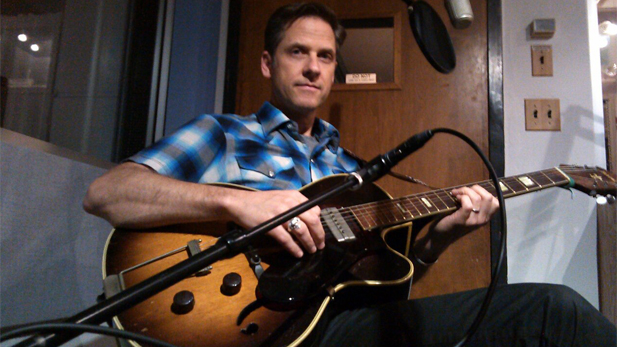 Singer, songwriter, and musician Joey Burns has had a lot to celebrate in 2012. The popular and critical success of Calexico's latest album Algiers has led to concert tours of both Europe and North America, including performing with some of the band's closest friends at a special homecoming concert in October, 2012 at Tucson's Rialto Theater.

Arizona Spotlight asked Joey Burns to come to the AZPM Studios to play some new music, and to tell us the story of how the album was created... 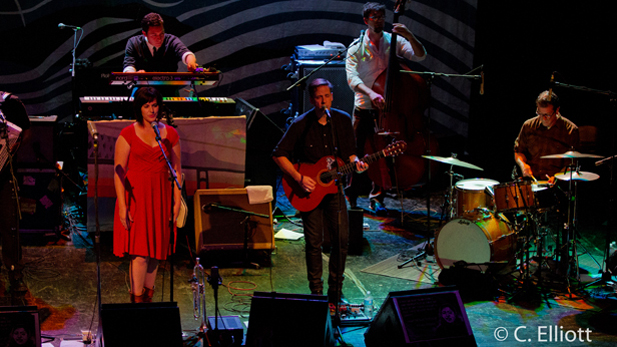 And here are two songs featuring Calexico and friends recorded live on the Rialto Theater stage in October of 2012 by Jim Blackwood: 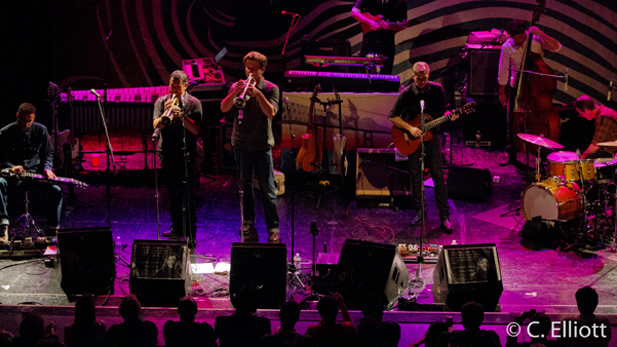 Thanks to C. Elliott for permission to use her photographs. Music for this Spotlight Session was recorded and produced by Jim Blackwood in the Arizona Public Media Radio Studio.

"That Desert Sound" Stairwell Session: Joe Peña Spotlight Session: Beth Daunis
By posting comments, you agree to our
AZPM encourages comments, but comments that contain profanity, unrelated information, threats, libel, defamatory statements, obscenities, pornography or that violate the law are not allowed. Comments that promote commercial products or services are not allowed. Comments in violation of this policy will be removed. Continued posting of comments that violate this policy will result in the commenter being banned from the site.