New Study: Warfare May Not Be Part of Human Nature 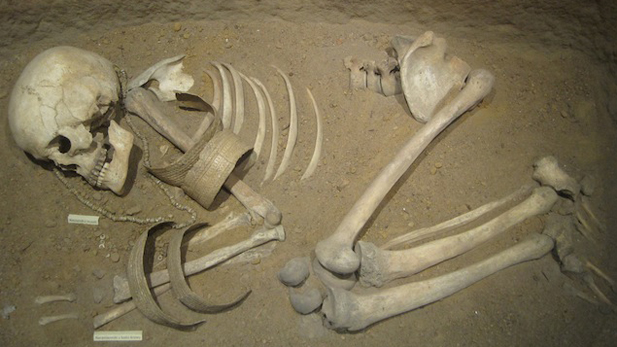 Warfare has been considered an inevitable part of human nature. However, a new study disagrees.

Research led by Douglas Fry, an adjunct research scientist with the UA's Bureau of Applied Research in Anthropology, suggests wars are a 'recent' phenomenon.

"Warfare is something that is not particularly old," said Fry, who is also a professor at Åbo Akademi University in Finland. "it is very much dependent on cultural circumstances and social organization: settling down, population increase, and these...changes that have occurred...in the last 10,000 years or so."

The study is titled 'Lethal Aggression in Mobile Forager Bands and Implications for the Origins of War,' and it appeared in the July 19 edition of Science magazine.

"...if we jump all the way to current-day society, we...easily see this in terms of national identity," Fry said. "(Everyone) perceives themselves as a member of a particular nation, and that's a group identity. If you...think, 'What would it be like if we didn't have these borders, these names of nations and these identities?' There would be a lack of identification to fight over."

AZ Week: Moving Toward Tolerance; More Needed Measuring Loneliness Arizona civil rights leader, former councilman dies at 93
By posting comments, you agree to our
AZPM encourages comments, but comments that contain profanity, unrelated information, threats, libel, defamatory statements, obscenities, pornography or that violate the law are not allowed. Comments that promote commercial products or services are not allowed. Comments in violation of this policy will be removed. Continued posting of comments that violate this policy will result in the commenter being banned from the site.