Stairwell Sessions provide a chance for local musicians to talk about their art, and play some songs in an acoustically-rich stairway outside the Arizona Public Media Radio Studio.

Nancy McCallion is best known for her days in the Tucson-based folk band The Mollys. Today, she continues her life-long love affair with music by writing songs and playing often alongside her husband, Danny Kreiger. 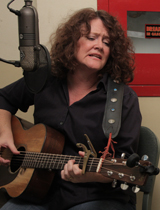 She still keeps herself emerged in the music world, but said things are different now that she has become a parent and gained some perspective on her career.

"I think in terms of projects these days," McCallion said. "It's not like when I was young and I didn't have a family. Then, everything was music. Now I have to fit it in a little bit."

Her influences include classic American and British rock, along with strong doses of both Celtic and Mexican musical traditions. McCallion says that her favorite songs are those that tell stories, and she recalls being inspired a performance from the band Los Lobos that she saw decades ago at the Pima County Fair.

"I was just blow away, I just loved Los Lobos," she said. "They also mixed the Mexican with the rock and so the idea of this kind of hybrid music just made sense."

Mark McLemore talks with Nancy McCallion & Danny Krieger in this interview plus music:

Recorded, Mixed, and Mastered by Jim Blackwood with assistance from Jamison Waddell. 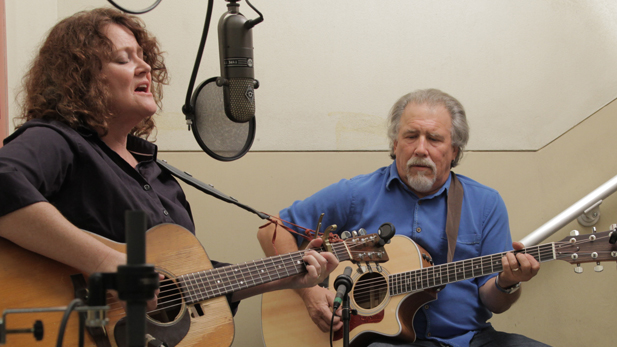 Stairwell Session: Mitzi Cowell Spotlight Session: Nive Nielsen Stairwell Session: Oliver Ray
By posting comments, you agree to our
AZPM encourages comments, but comments that contain profanity, unrelated information, threats, libel, defamatory statements, obscenities, pornography or that violate the law are not allowed. Comments that promote commercial products or services are not allowed. Comments in violation of this policy will be removed. Continued posting of comments that violate this policy will result in the commenter being banned from the site.