Board of Regents OKs Negotiations for UAMC Takeover 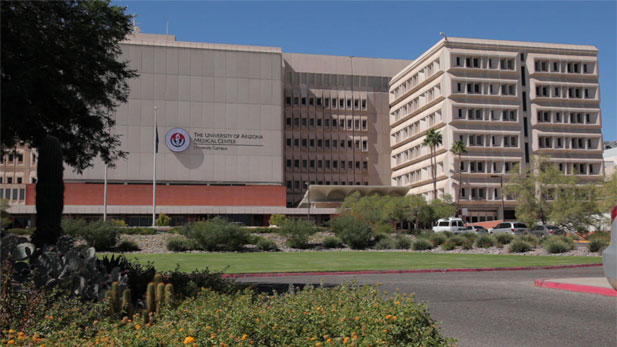 Banner Health of Phoenix moved one step closer Thursday to taking over the University of Arizona Health Network thanks to the Arizona Board of Regents' approval.

Under the terms of deal, Banner would establish a $300 million endowment, pay off UAHN’s $146 million long-term debt and commit $500 million over the next five years to expand and renovate UAMC’s facilities.

Steve Lynn, the chairman of the UAHN board, said the deal will serve as a model for healthcare organizations around the country.

“More than ever before healthcare organizations have to seek ways to create innovative and new ways of being efficient, new synergies, while lowering costs and doing it all while preserving quality of care. UAHN has always adapted to change," he said.

Banner is the largest healthcare network in Arizona. It operates 25 hospitals and healthcare facilities in seven states and, once it takes over the UA Health Network, it will be the largest private employer in Arizona.

The deal is expected to be finalized by September.

Officials say the Health Network’s 6,300 employees would be guaranteed their positions for at least six months after the deal is closed.

Banner Takeover of UAMC Approved by Regents UA Health Network Takeover Will Be Complete in January First UAMC Heart Transplant Recipient of 2014 Leaves Hospital
By posting comments, you agree to our
AZPM encourages comments, but comments that contain profanity, unrelated information, threats, libel, defamatory statements, obscenities, pornography or that violate the law are not allowed. Comments that promote commercial products or services are not allowed. Comments in violation of this policy will be removed. Continued posting of comments that violate this policy will result in the commenter being banned from the site.