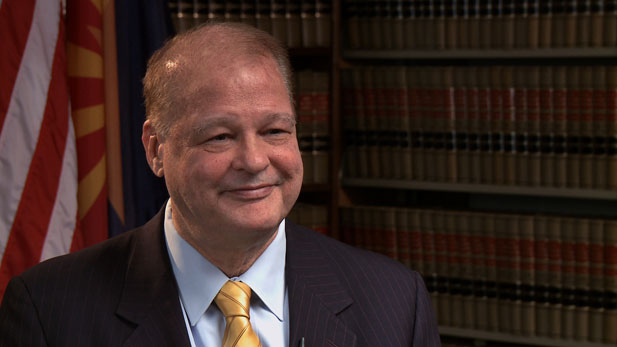 "The process we have allows for Mr. Horne to comply or to provide further explanation," Collins said. "There is also the possibility of conciliation."

Former Horne staffer Sarah Beattie filed a complaint in May saying she was essentially hired to work on Horne's campaign and others in Horne's office also did substantial campaign work.

Horne has denied the allegations.

If the commission adopts the recommendation, Horne has the chance to explain why Collins was wrong, repay the money or negotiate a settlement.

Attorney General Horne to Settle Clean Elections Investigation Horne Loses Attorney General Primary to Brnovich UPDATED: Horne Says Clean Elections Lacks Authority to Investigate
By posting comments, you agree to our
AZPM encourages comments, but comments that contain profanity, unrelated information, threats, libel, defamatory statements, obscenities, pornography or that violate the law are not allowed. Comments that promote commercial products or services are not allowed. Comments in violation of this policy will be removed. Continued posting of comments that violate this policy will result in the commenter being banned from the site.