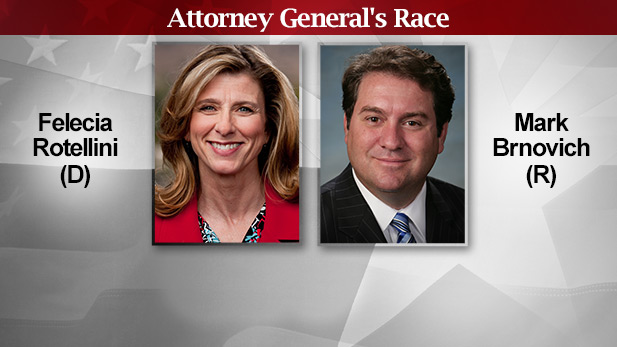 The race for Arizona's attorney general is turning out to be one of the most bitterly fought statewide contests this campaign season.

As attorney general, Tom Horne was a contentious figure in Arizona politics. His defeat in the Republican primary has left that contention behind, but the bare knuckle nature of that race is being carried on in the general election.

Rotellini, who narrowly lost to Horne four years ago, and Brnovich are working to define themselves for voters. Oftentimes, that comes out as cross-table bickering during joint appearances and debates.

The two candidates' jabs at one another are not limited to in person appearances. They can also be seen in their advertising.

Secretary of State Bennett Says Goddard Ad Makes False Claims Next Governor Could Come Down to Votes for Third-Party Candidate Next AZ Governor Faces Economic, Fiscal Issues
By posting comments, you agree to our
AZPM encourages comments, but comments that contain profanity, unrelated information, threats, libel, defamatory statements, obscenities, pornography or that violate the law are not allowed. Comments that promote commercial products or services are not allowed. Comments in violation of this policy will be removed. Continued posting of comments that violate this policy will result in the commenter being banned from the site.