Department of Transportation will test out equipment that measures pavement density while building roads. by Zachary Ziegler TWEET SHARE 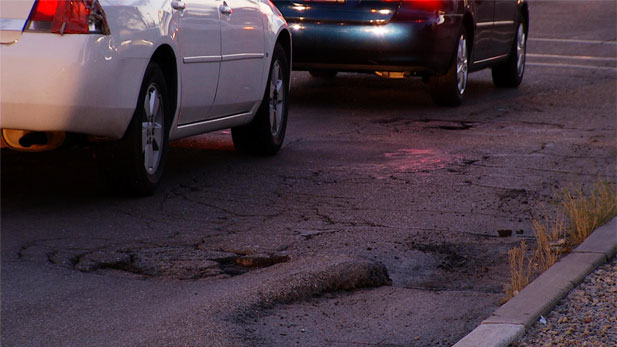 The Arizona Department of Transportation is set to begin a test of a new technology that could extend the life of the state’s highways.

When it comes to building a road, one of the most important steps is making sure the newly laid pavement’s density is uniform throughout. Road builders often use heavy equipment to roll the roads out and pack the pavement as evenly as possible.

Starting this winter, the transportation department will explore equipping those large rollers with special censors that will measure how dense the pavement is while it’s being packed.

Dustin Krugel, ADOT's statewide public information officer, said they anticipate the new system - called intelligent compaction - could have a major impact on how roads are built.

“We believe there could be better quality control, increased productivity across the board, reduced highway repair costs, and most importantly, reduce the repair costs and improve long-term durability of the roadway," he said.

ADOT will be one of the first groups in the U.S. to test the system, though it is used throughout Europe and Asia.

Mayor Romero creates task force on gun violence The 89-90 Trip: Canada at Last Help wanted, and wanted, and wanted: Census to hire 57,000 in Arizona
By posting comments, you agree to our
AZPM encourages comments, but comments that contain profanity, unrelated information, threats, libel, defamatory statements, obscenities, pornography or that violate the law are not allowed. Comments that promote commercial products or services are not allowed. Comments in violation of this policy will be removed. Continued posting of comments that violate this policy will result in the commenter being banned from the site.