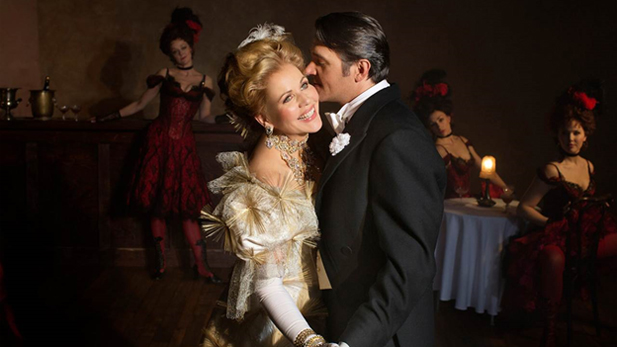 Matinee broadcasts from The Metropolitan Opera continue on Classical 90.5 at 11:00 a.m. this Saturday, January 17, with a performance of The Merry Widow by Franz Lehár. The libretto is by Viktor Léon and Leo Stein, who based their story on the 1861 comedic play L'attaché d'ambassade (The Embassy Attaché) by Henri Meilhac. The performance will run approximately two hours and fifty-five minutes.


Lehár's enchanting operetta tells the story of a wealthy and beguiling widow who captivates all of Paris. The Met's new production is by Broadway virtuoso director and choerographer Susan Stroman. The incomparable Renée Fleming sings the lead role of Hanna. Sir Andrew Davis conducts.

Different perspectives at the Tucson Desert Art Museum. "My voice pouring from me with all the soul a rainstorm has..." Teen poets are ready to change the world. The Royal Opera House of London "Don Giovanni"
By posting comments, you agree to our
AZPM encourages comments, but comments that contain profanity, unrelated information, threats, libel, defamatory statements, obscenities, pornography or that violate the law are not allowed. Comments that promote commercial products or services are not allowed. Comments in violation of this policy will be removed. Continued posting of comments that violate this policy will result in the commenter being banned from the site.