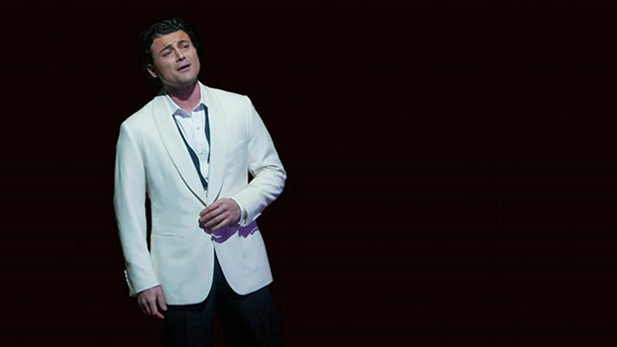 Matinee broadcasts from The Metropolitan Opera continue on Classical 90.5 at 11:00 a.m. this Saturday, January 31, with a performance of The Tales of Hoffmann (Les Contes d'Hoffmann) by Jacques Offenbach. The libretto is by Jules Barbier and Michel Carré, based on three short stories by E.T.A. Hoffmann. Offenbach was inspired by the play Les contes fantastiques d'Hoffmann by Barbier and Carré, which was produced at the Odéon Theatre in Paris in 1851. The performance will be sung in French and will run approximately three hours and forty-five minutes. Yves Abel conducts.

A sensitive poet searches for love and repeatedly finds it lies just beyond his reach in this marvelously imaginative and psychologically astute gem. If ever a man was unlucky at love, it’s Hoffmann. The wild-eyed poet travels the world in search of the ideal woman and ends up thwarted by villains at every turn. First, he’s smitten by Olympia, but discovers she’s nothing more than a mechanical doll. Then, he falls for Antonia, a fragile songstress who’ll die if she sings and, regrettably for him, she does both! Finally, he’s seduced by Giulietta, but the treacherous courtesan casts him aside. In The Tales of Hoffmann Offenbach's beautiful music (including the famous Barcarolle) is combined with flamboyant theatricality.

Different perspectives at the Tucson Desert Art Museum. "My voice pouring from me with all the soul a rainstorm has..." Teen poets are ready to change the world. London’s Royal Opera House “Don Pasquale”
By posting comments, you agree to our
AZPM encourages comments, but comments that contain profanity, unrelated information, threats, libel, defamatory statements, obscenities, pornography or that violate the law are not allowed. Comments that promote commercial products or services are not allowed. Comments in violation of this policy will be removed. Continued posting of comments that violate this policy will result in the commenter being banned from the site.