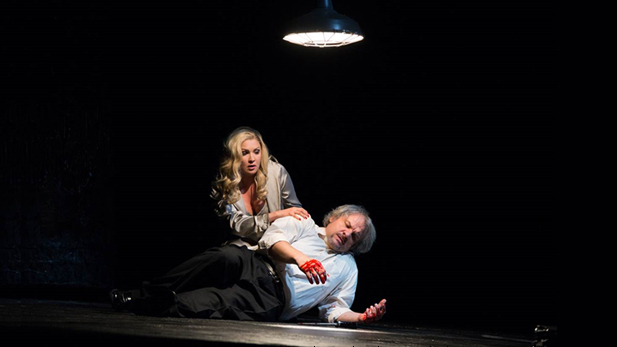 Matinee broadcasts from The Metropolitan Opera continue on Classical 90.5 at 11:00 a.m. this Saturday, February 7, with a performance of Macbeth by Giuseppe Verdi, set to an Italian libretto by Francesco Maria Piave, with additions by Andrea Maffei, based on William Shakespeare's play of the same name. The broadcast will run approximately three hours and ten minutes. Fabio Luisi conducts.

Macbeth, which had its debut at the Teatro della Pergola in Florence in March of 1847, was Verdi's tenth opera and the first of his adaptions of Shakespeare's plays for the operatic stage. Almost twenty years later, Verdi revised and expanded Macbeth in a French version, which was first performed in Paris in April of 1865. In Verdi's capable hands, Macbeth remains a classic tale of the corruption of an ambitious man.

"My voice pouring from me with all the soul a rainstorm has..." Teen poets are ready to change the world. Different perspectives at the Tucson Desert Art Museum. London’s Royal Opera House “Don Pasquale”
By posting comments, you agree to our
AZPM encourages comments, but comments that contain profanity, unrelated information, threats, libel, defamatory statements, obscenities, pornography or that violate the law are not allowed. Comments that promote commercial products or services are not allowed. Comments in violation of this policy will be removed. Continued posting of comments that violate this policy will result in the commenter being banned from the site.