The third amigo shares memories from his early career, and explains the origins of his most beloved characters. by Mark McLemore TWEET SHARE 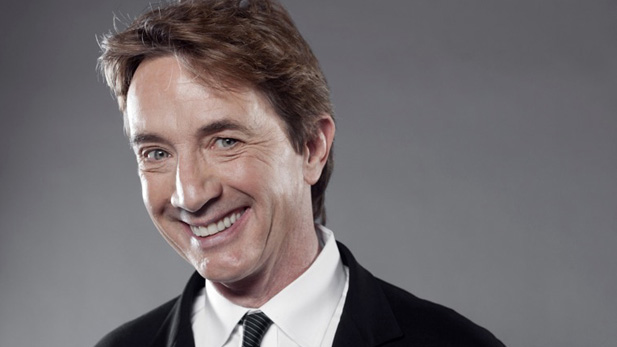 Martin Short's energetic and fearless approach to being funny made him a comedy icon more than three decades ago, when he first introduced characters like Ed Grimley and Jackie Rogers Jr. on the Canadian-produced comedy show SCTV. There, Short built on his years of friendship with fellow writer and performers Eugene Levy, Andrea Martin, Joe Flaherty and John Candy.

Today, his traveling show, An Evening with Martin Short, gives the Tony and Emmy award winning performer a chance to let these characters run wild on stage.

Short is now also an author with the publication of his autobiographical collection _ I Must Say: My Life As a Humble Comedy Legend_. Short's friend and colleague Steve Martin had this to say about the book: “I read it back to front and was surprised by its shocking beginning.”

Dana Carvey Sandra Bernhard: Loud and Proud "Nebraska" Stars Bruce Dern and Stacy Keach
By posting comments, you agree to our
AZPM encourages comments, but comments that contain profanity, unrelated information, threats, libel, defamatory statements, obscenities, pornography or that violate the law are not allowed. Comments that promote commercial products or services are not allowed. Comments in violation of this policy will be removed. Continued posting of comments that violate this policy will result in the commenter being banned from the site.