A Tucson immigration policy expert says President Barack Obama's plans to defer deportation and grant work permits to millions of undocumented immigrants is great for the economy but politically risky. 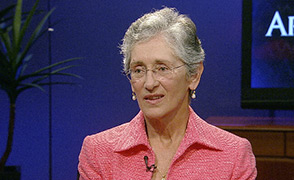 Judith Gans, program manager for the Immigration Policy Program at the University of Arizona's Udall Center for Studies in Public Policy.
AZPM Staff

Obama announced Thursday an executive order to push for what he has called much needed immigration reform. His plan would allow people, who have been in the country at least five years with children who are U.S. citizens or legal permanent residents, to defer deportation and receive work permits, if they pass a background check.

The plan would benefit as many as 5 million people living in the country illegally, and around 135,000 in Arizona.

Judith Gans, program manager for the Immigration Policy Program at the University of Arizona's Udall Center for Studies in Public Policy, said this move will "poison the waters."

"Politically, it complicates things," she said during Friday's broadcast of Arizona Week.

But it will greatly benefit the country's economy, she added.

"By taking a big group of workers out of the shadows...it makes them less vulnerable to exploitation," Gans said. "Legal workers have been competing with workers who can be exploited and work for less (pay). By bringing people out of the shadows, it helps everybody in terms of that." 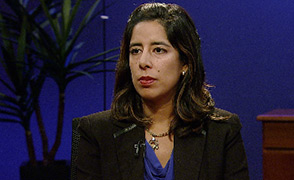 She said most people are here to work, and "not live in fear."

"There is a constant fear of being apprehended and deported and people don't live normal lives based on that fear," she added.

Within minutes of Obama's announcement, opposers, such as Gov. Jan Brewer and Arizona U.S. senators, Republicans John McCain and Jeff Flake, poured out their criticism of the president onto social media and other outlets for not having worked with Congress on a resolution, and for giving millions of undocumented immigrants what many have called "amnesty."

But, "It is not permanent status," Mejia said. "The president cannot grant that. It has to be Congress. It is a temporary benefit...it is putting a band-aid on a problem. The problem is still there, many more millions of people who are unaccounted for, who are living in the shadows. "

Plus, "the president is going to make sure that they are not criminals and that they pay taxes," she added.

Mejia said she anticipates people to start applying within the next six months. Before, there are still many details the federal government will have to clarify, she added.

Year in Review: Immigration, Border Security Grijalva: Congress Should Take Immigration Reform Further Obama Deportation Deferral May Affect 135,000 in Arizona
By posting comments, you agree to our
AZPM encourages comments, but comments that contain profanity, unrelated information, threats, libel, defamatory statements, obscenities, pornography or that violate the law are not allowed. Comments that promote commercial products or services are not allowed. Comments in violation of this policy will be removed. Continued posting of comments that violate this policy will result in the commenter being banned from the site.