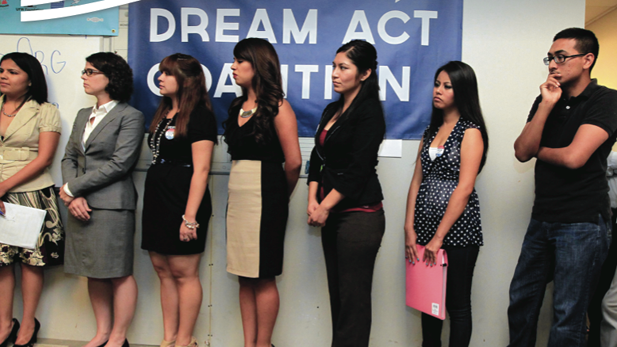 Over summer, a three-judge appeals court panel said there was no legitimate interest in treating young immigrants, who were granted deferred deportation under the Obama administration's Deferred Action for Childhood Arrivals, differently from other non-citizens.

The panel suggested the policy was intended to express hostility toward the young immigrants, and said it was unconstitutional.

Appeals Court Not Delaying Issuing Driver's Licenses to 'Dreamers' Pima County curfew on hold Ducey tries to streamline vaccine delivery
By posting comments, you agree to our
AZPM encourages comments, but comments that contain profanity, unrelated information, threats, libel, defamatory statements, obscenities, pornography or that violate the law are not allowed. Comments that promote commercial products or services are not allowed. Comments in violation of this policy will be removed. Continued posting of comments that violate this policy will result in the commenter being banned from the site.