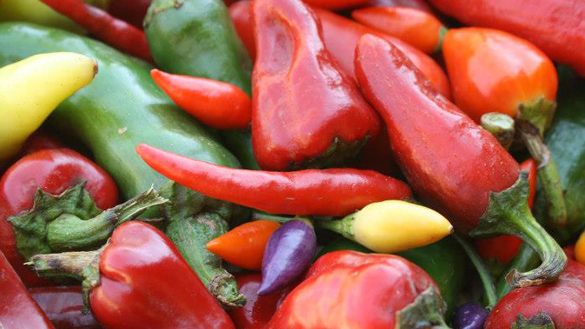 Larrie Warren, an Arizona native who worked in agricultural programs in East Africa until recently, is running the food crop preservation program.

Warren said he plans to emphasize the importance of heirloom varieties of food crops for the environment and people, encouraging them to learn more about healthy living and healthy eating.

Warren grew up in Mesa and served and as a Peace Corps volunteer in the Philippines.

Native Seeds/SEARCH's programs include a seed bank with nearly 2,000 varieties and a conservation farm in Patagonia.

The organization has 20 paid staff members and a large cadre of volunteers.

Going Native: Showcasing the Gourmet in Heritage Foods MacArthur Fellow Gary Paul Nabhan MacArthur Fellow Ofelia Zepeda
By posting comments, you agree to our
AZPM encourages comments, but comments that contain profanity, unrelated information, threats, libel, defamatory statements, obscenities, pornography or that violate the law are not allowed. Comments that promote commercial products or services are not allowed. Comments in violation of this policy will be removed. Continued posting of comments that violate this policy will result in the commenter being banned from the site.