90% by car at least 50 miles, travel company says; Christmas Eve will be heaviest day on roads, at airports. by Zachary Ziegler TWEET SHARE 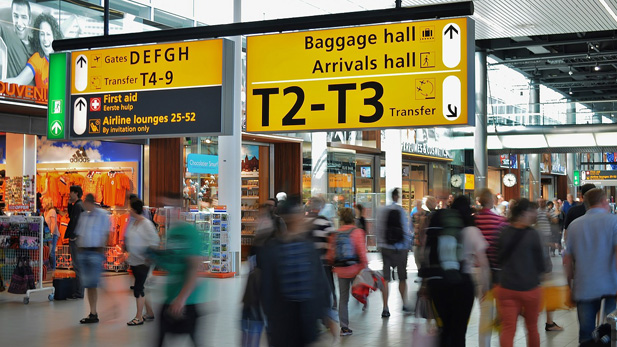 More than a quarter of all Arizonans will be taking a trip before the end of 2014.

The AAA Arizona forecast predicts 1.9 million Arizonans will travel more than 50 miles during the weeks of Christmas and New Year's Day.

Ninety percent of those travelers will take to the roads to get to their destinations. That number is about normal for holiday travelers at the end of the year, meaning low gasoline prices aren't necessarily affecting decisions on driving versus flying.

“It’s not unusual for people to drive to their destination," said AAA Arizona's Valerie Vinyard. "Years past it’s been about nine out of 10 also.”

AAA Arizona forecasts the day most travelers will be en route is Christmas Eve.

“Wednesday should be the busiest travel day," Vinyard said. "So, if you’re going to the airport, get there at least two hours before, and roadways are going to be busy too. Give yourself plenty of time to get there.”

Nationally, Triple-A is forecasting its busiest travel holiday since it started tracking holiday trips in 2001.

Nearly 100 million Americans are expected to take a trip before the year ends, forecasters said.

Average Airfare Out of Tucson Going Up Tucson Residents Recall Recent Visit to Cuba How the arts survive challenging times.
By posting comments, you agree to our
AZPM encourages comments, but comments that contain profanity, unrelated information, threats, libel, defamatory statements, obscenities, pornography or that violate the law are not allowed. Comments that promote commercial products or services are not allowed. Comments in violation of this policy will be removed. Continued posting of comments that violate this policy will result in the commenter being banned from the site.