SynCardia will begin tests on 19 patients across nation soon, followed by 5 years of monitoring. by Vanessa Barchfield TWEET SHARE 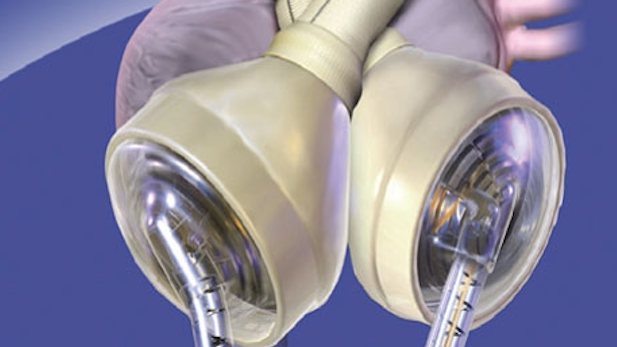 Approval for the testing, from the Federal Drug Administration, came last month and was announced by SynCardia Tuesday.

Until now, the SynCardia device has been used on a temporary basis, until patients receive human heart transplants from donors.

Following the approval, SynCardia will test whether its hearts can be used permanently, on people who are ineligible for transplants.

Don Isaacs, vice president of communications at SynCardia, said Tuesday there are a number of reasons, including age or other medical conditions, that make people with heart disease ineligible for transplants.

In the next month, 19 such patients across the U.S. will receive SynCardia hearts for testing. The test group hasn’t yet been chosen.

They will be monitored closely for up to five years, but Isaac said SynCardia will start sending results to the FDA six months after the patients receive their artificial hearts.

The results will help the FDA decide on final approval of the device for permanent use.

Tucson Artificial Heart Maker SynCardia in Bankruptcy First UAMC Heart Transplant Recipient of 2014 Leaves Hospital Author Craig Johnson talks about Sheriff Walt Longmire's "Next to Last Stand".
By posting comments, you agree to our
AZPM encourages comments, but comments that contain profanity, unrelated information, threats, libel, defamatory statements, obscenities, pornography or that violate the law are not allowed. Comments that promote commercial products or services are not allowed. Comments in violation of this policy will be removed. Continued posting of comments that violate this policy will result in the commenter being banned from the site.