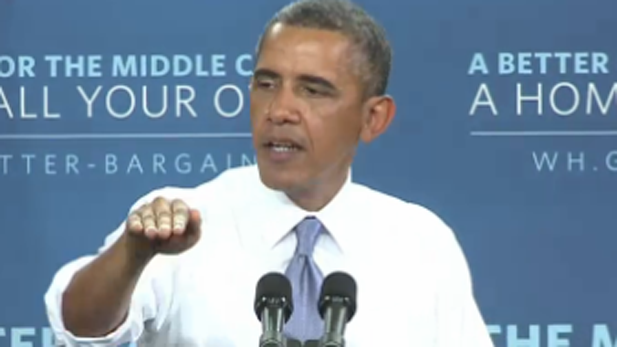 President Barack Obama told a Phoenix audience Thursday his policies have turned around the housing slump, with home sales and construction up and foreclosures at their lowest level since 2006.

Administration officials said the cut would save the average homebuyer about $900 a year and would help 800,000 who refinance their mortgages save money. They also said it will entice 250,000 people to buy homes over the next three years.

The rate cut will take effect by the end of January.

Arizona has been a symbol of both the nation's real estate crisis — and its recovery.

Obama said the upturn in the housing industry is "no accident."

Obama Coming to Phoenix to Discuss Housing Affordability Obama: 'Housing Market Beginning to Heal' State keeping unemployment trust fund solvent
By posting comments, you agree to our
AZPM encourages comments, but comments that contain profanity, unrelated information, threats, libel, defamatory statements, obscenities, pornography or that violate the law are not allowed. Comments that promote commercial products or services are not allowed. Comments in violation of this policy will be removed. Continued posting of comments that violate this policy will result in the commenter being banned from the site.