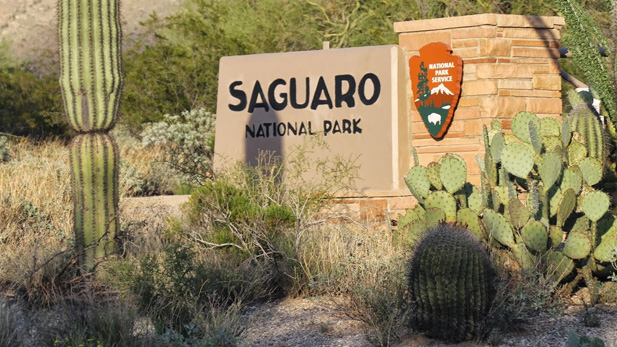 Under the proposal, annual passes would increase from $25 to $35 and back-country camping fees would go from $6 to $8 per site, per night.

Daily entrance fees of $10 and interagency agreements, such as the Golden Eagle passes, would not change.

"We were given the opportunity to consider that, and in talking to some of our visitors and thinking about our local public and some of the support we get from Tucson, it was not one that we felt we as a park could support at this time," Fisher said.

Fisher said federal parks that bring in less than $500,000 a year in fees get to keep the funds they raise, including Saguaro, which brings in no more than $450,000.

“And that goes to assist with visitor services so things like trail repair or the new exhibit collection that’s recently been installed in the Rincon Mountain visitors center," Fisher said.

The park is seeking public comments about the proposal until Feb. 11, and if changes are approved, they will go into effect June 1.

Cacti Vandalized in Tucson's Saguaro National Park West National Parks Add Millions to Arizona Economy Training to Preserve Saguaro Park Through Good Practices
By posting comments, you agree to our
AZPM encourages comments, but comments that contain profanity, unrelated information, threats, libel, defamatory statements, obscenities, pornography or that violate the law are not allowed. Comments that promote commercial products or services are not allowed. Comments in violation of this policy will be removed. Continued posting of comments that violate this policy will result in the commenter being banned from the site.