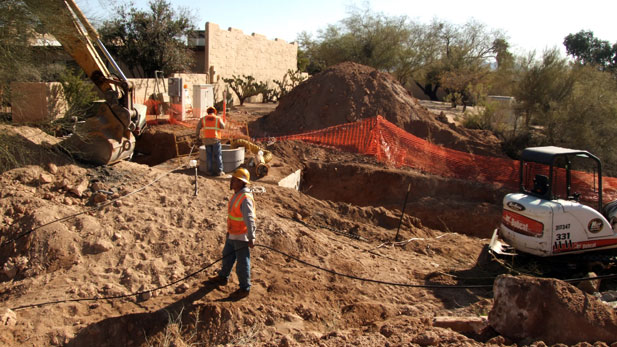 The report of the Associated General Contractors showed Arizona as the only state in the West to lose jobs in construction. By contrast, Colorado and Utah gained nearly 10,000 each, while Texas grew by almost 50,000, the report showed.

“One of the things that businesses look at when relocating here is what’s the caliber of the public education in the K-12 and the university level," Minter said. "Arizona has got a problem in funding that and in performance levels. You know we’re in the bottom five to 10 states in those areas of funding and performance.”

Minter said if discussions on public policy begin now and take root in improvements, perhaps Arizona can gain construction jobs by next year.

Housing Sales Up in Tucson, But Inventory Remains Low Another Big Student Housing Structure Coming Near UA Economist: 2016 Tucson Job Growth Will Outpace US Average
By posting comments, you agree to our
AZPM encourages comments, but comments that contain profanity, unrelated information, threats, libel, defamatory statements, obscenities, pornography or that violate the law are not allowed. Comments that promote commercial products or services are not allowed. Comments in violation of this policy will be removed. Continued posting of comments that violate this policy will result in the commenter being banned from the site.