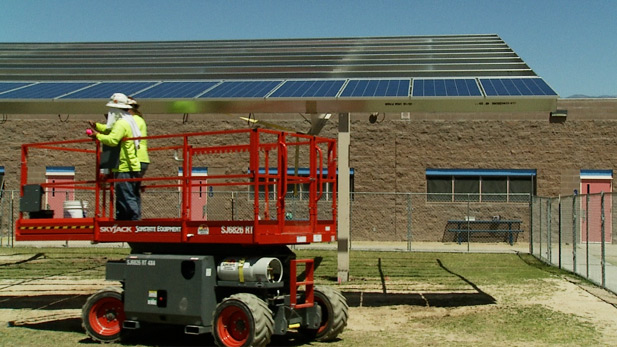 Arizona ranked No. 3 last year in the number of jobs in the solar energy industry, the nonprofit Solar Foundation reported Monday.

An interactive map of The Solar Foundation's study can be found here.

Pima County Boosts Solar Electricity Usage HomeGoods Will Bring Hundreds of Jobs to Tucson Arizona One of Top States for Green Energy Hiring
By posting comments, you agree to our
AZPM encourages comments, but comments that contain profanity, unrelated information, threats, libel, defamatory statements, obscenities, pornography or that violate the law are not allowed. Comments that promote commercial products or services are not allowed. Comments in violation of this policy will be removed. Continued posting of comments that violate this policy will result in the commenter being banned from the site.