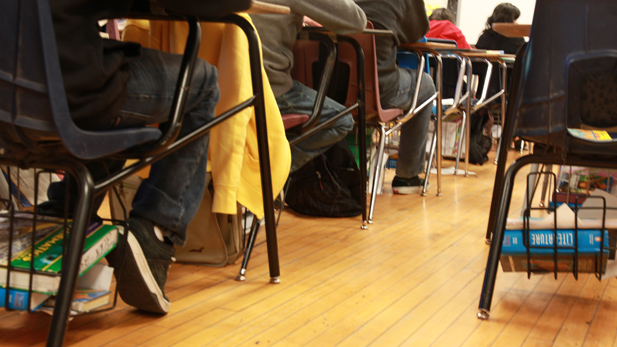 A bill signed into law today immediately eliminated the state mandate that students pass a standardized test to graduate from an Arizona high school between 2015 and 2018.

The Arizona Legislature passed the bill, and though Gov. Doug Ducey was out of town, he asked Secretary of State Michele Reagan to sign it today. When the Governor is away, the Secretary of State becomes state's top official. Reagan followed through, and the law went into effect today.

Statewide testing for the test known as AIMS, Arizona's Instrument to Measure Standards, is scheduled to begin Monday, and Ducey told Reagan that's what prompted the rush to sign the bill into law.

"Signing the bill today provides certainty to our public schools that the assessment need not take place and assures parents and teachers that this assessment does not impact graduation requirements," Ducey wrote.

Testing will still be available next week for "those students wishing to take AIMS for scholarship eligibility or other personal reasons," according to a news release from the Arizona Department of Education.

"I congratulate the Legislature and Governor Ducey for removing this vestige of high stakes testing," said Diane Douglas, Arizona's superintendent of public instruction, in the news release.

Civics Test Mandated to Graduate HS in Arizona Arizona Selects New Test to Replace AIMS Gov. Ducey touts pandemic response, promises focus on education and tax cuts in annual address
By posting comments, you agree to our
AZPM encourages comments, but comments that contain profanity, unrelated information, threats, libel, defamatory statements, obscenities, pornography or that violate the law are not allowed. Comments that promote commercial products or services are not allowed. Comments in violation of this policy will be removed. Continued posting of comments that violate this policy will result in the commenter being banned from the site.