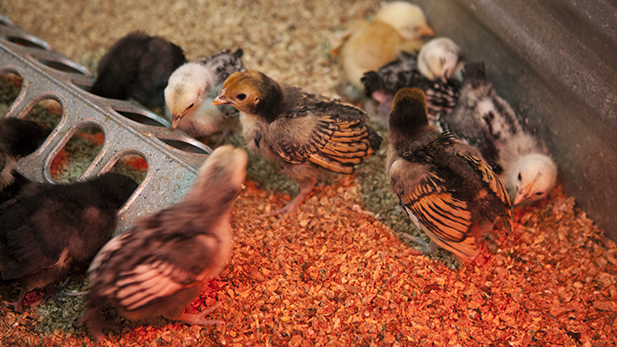 The Arizona Game and Fish Department is warning people who are buying animals as Easter gifts to be sure they will be well cared for after the holiday.

A bright goldfish, downy chick, or fluffy baby bunny could make cute, seasonal gifts in the spring, but when people who don't know how to care for them release them into the wild, they can disturb native animals the state is trying to reintroduce in local habitats, said Mark Hart, spokesman for the Arizona Game and Fish Department.

The Arizona Game and Fish Department is especially worried about goldfish, Red-eared slider turtles, Southern leopard frogs and ducklings, Hart said, because of their impact on the native or sport populations the department is trying to restore or foster in the wild.

Those animals either crowd out the native animals or eat them, Hart said.

“We see this most often in waters in proximity to residential or urban areas,,” he said. Specifically the state sees them in Kennedy, Silverbell, Lakeside and Sahuarita lakes, and Agua Caliente Park.

The timing of the department's warning corresponds with an increase in sales at Arizona Feeds Country Store South.

“Today alone we’ve probably gone through 15 bunnies and in the last week 100 or 150 chicks,” said Caline Gottwald, a shift supervisor at the store.

With each purchase, the store staff educate customers on the animals' needs, she said.

Chicks, for example, need a heat lamp at night, even when daytime temperatures reach the 90s, she said. Some people only want bunnies when they are small, and try to return them to the store when they're grown, or aren't aware of how much food to buy, she said.

"We try to inform them the best we can but unfortunately a lot of customers buy it for the eye appeal, not necessarily the want or need," she said.

Reward Offered in Deer Poaching Case Near San Manuel Pima Animal Care Center Waives Fee to Reduce Crowding Metro Week: 'Zoo Animals' Lives, Deaths Are Educational'
By posting comments, you agree to our
AZPM encourages comments, but comments that contain profanity, unrelated information, threats, libel, defamatory statements, obscenities, pornography or that violate the law are not allowed. Comments that promote commercial products or services are not allowed. Comments in violation of this policy will be removed. Continued posting of comments that violate this policy will result in the commenter being banned from the site.