Police say it's misconception that gang members are responsible for vandalism around Tucson. by Fernanda Echavarri Tweet 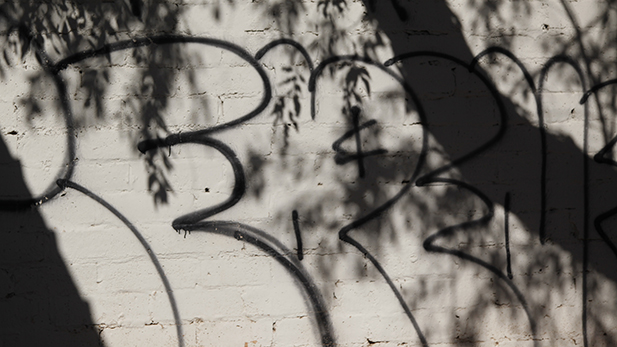 Graffiti is pictured in a neighborhood north of the University of Arizona campus on March 31, 2015.
Mariana Dale, AZPM

Vandalism at the historic Fox Tucson Theatre is an example of how graffiti has been and continues to be a problem in Tucson, police said.

Despite popular beliefs that gang members are tagging the streets “most of it is not gang related,” said Sgt. Ryan Sachs of the Tucson Police Department.

It’s males in their late teens and early 20s without ties to gangs, he said.

Sachs said there are no recent trends that show an increase or decrease in graffiti.

Homeowners and businesses are responsible for painting over their private property if it is vandalized with graffiti, Sachs said.

TPD asks that those who are victims of tagging take photos and document how much they paid for paint to repair the damage then enter a police report online.

“People are sometimes shocked that we’re not sending an officer out,” Sachs said. “Any type of hate crime or targeted graffiti, we ask that those be investigated by officers, but just random graffiti you can report it online and it’ll all get uploaded into a database.”

He said that database helps link one person’s repeat offenses if caught.

Sachs could not comment on the Fox Theater investigation, but said the department has received “good tips,” and asked anyone with information to call 88-CRIME.

Pothole, Graffiti Repair to Be Part of 'Brush and Bulky' Pickup Downtown Lecture Series: Immortality Tucson Develops New Smartphone App to Fight Graffiti
By posting comments, you agree to our
AZPM encourages comments, but comments that contain profanity, unrelated information, threats, libel, defamatory statements, obscenities, pornography or that violate the law are not allowed. Comments that promote commercial products or services are not allowed. Comments in violation of this policy will be removed. Continued posting of comments that violate this policy will result in the commenter being banned from the site.