In Tucson City Council races in wards 1 and 2, the Democratic incumbents say their track records tell voters all they need to know about how they will handle another term in office. Their Republican challengers say more needs to be done to stabilize the city budget and foster economic development.

Each candidate filled out a questionnaire from AZPM, see their responses here.

Listen to a radio story about Ward 1: 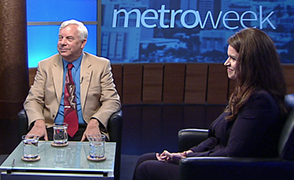 Bill Hunt, a Republican, is challenging Democrat Regina Romero for the Ward 1 council seat in Tucson.

The two agreed on many issues in an interview on Metro Week. They both say downtown has improved in recent years.

"We've worked really hard in the past seven years to get to where we are," Romero said. "With my leadership on the council, we've been able to approve a downtown incentive district."

Zoning plans make it easier for developers, she said.

"We also have incentives in our downtown core to make sure people can develop," she said. "I'm very happy that Mayor and Council have been able to add to what has been happening downtown."

There are good incentives in place, but they may not go far enough, Hunt said.

He said he wants to see empty storefronts filled.

"He's saying what we've already been doing," Romero said. The city created an economic initiatives office and streamlined its business communications, she said.

"The small business incentives have been created. Of course we need to do more," she said. "But the success that's happening downtown is not happening just because. It's because the mayor and council and other organizations like Rio Nuevo are moving hard in conjunction with the city to make it happen."

That business-friendliness may have improved, he said, but if outsiders still have a perception that it is difficult to do business in Tucson, then it's still a problem.

Watch the video above to hear them discuss the Sun Tran strike and the city budget, as well as a neighborhood disagreement and what each would prioritize after the election, once the term in office begins.

Listen to a radio story about Ward 2:

Public safety policies proved to be a point of divergence between incumbent Democrat Paul Cunningham, who is seeking his second full term in office after being appointed to finish a partial term, and Republican challenger Kelly Lawton. 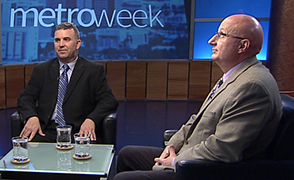 Democrat Paul Cunningham seeks his second full term in the Tucson City Council Ward 2 and Republican Kelly Lawton wants to win the seat from Cunningham.
Cunningham said he would like to see a second Tucson Police Department substation in Ward 2 near the main fire station on East Speedway Boulevard.

Lawton said the reduced number of officers assigned to work in Ward 2 is a problem.

Cunningham said those numbers are incorrect.

"Team 4 (the police squad assigned to Ward 2) has 111-person staffing. That number has never been reduced. We have 91 of those positions filled right now," Cunningham said.

The size of the department was reduced during the recession, and now it is trying to hire to fill the vacant positions, he said.

Cunningham said he has been involved in many of the issues in the ward, including roadway maintenance. Lawton said there is more to be done.

"We have to be proactive in the way we manage our city," Lawton said.

Watch the video above to hear the candidates' responses to how the ward differs from others in the city, how Tucson can avoid another Sun Tran bus workers strike, and what role they would have on a controversial road project in the ward.

Next week Metro Week interviews the two candidates in Ward 4, and the mayor, who is running unopposed.

Election Day in Pima County: Where to Take Your Ballot Tucson City Council Democratic Incumbents Retain Seats METRO WEEK: Woman Banned from US; Children Stay
By posting comments, you agree to our
AZPM encourages comments, but comments that contain profanity, unrelated information, threats, libel, defamatory statements, obscenities, pornography or that violate the law are not allowed. Comments that promote commercial products or services are not allowed. Comments in violation of this policy will be removed. Continued posting of comments that violate this policy will result in the commenter being banned from the site.