Tucsonans Want Road Repairs, But Split on Taxes for Them 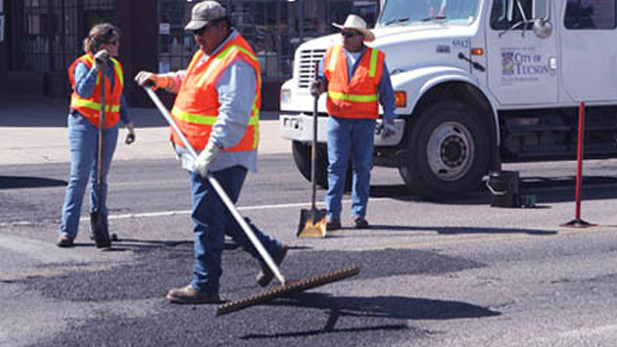 Tucsonans consider repairing the city's streets and roads is a top priority, but they are split on using tax increases to pay for repairs, a new poll out Monday revealed.

The poll, commissioned by Mayor Jonathan Rothschild and paid for by business groups, including the Southern Arizona Leadership Council, showed "likely voters" in Tucson listed road repair as the most important issue facing Tucson, with 26 percent of respondents saying so.

Next, at 24 percent, was growth of jobs and the economy, followed by 11 percent saying sales and property taxes are too high.

Fifty-two percent of those polled said they were opposed to a half-cent increase in the city sales tax, which is now 2 percent, and 49 percent agreed with the statement that "taxes are high enough as it is." Thirty-nine percent favored the sales tax increase, and 46 percent said the city needs "more resources" to pay for public safety, roads and parks.

The poll was done by telephone, contacting 500 likely voters. The margin of error was 4.4 percent.

Property Tax Bills On Their Way, With An Increase Rillito Anti-Flood Measures Troubling for Some Tucsonans Tax Help Gears Up For Final Push As Deadline Approaches
By posting comments, you agree to our
AZPM encourages comments, but comments that contain profanity, unrelated information, threats, libel, defamatory statements, obscenities, pornography or that violate the law are not allowed. Comments that promote commercial products or services are not allowed. Comments in violation of this policy will be removed. Continued posting of comments that violate this policy will result in the commenter being banned from the site.