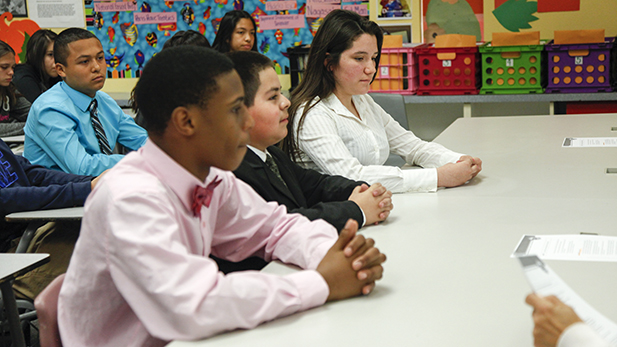 Myles Gantt, Federico Gutierrez and Lourdes Trujillo present as experts in a mock congressional hearing to prepare for the national We the People civics competition in Washington, DC.
Mariana Dale, AZPM

Selfies, the Kardashians, Snapchat and Tumblr– what do these things have in common?

They’re topics the students in one Challenger Middle School class say their friends and family would rather discuss than voting.

“They would rather watch paint dry than talk about voting,” said Josiah Mercado,13. 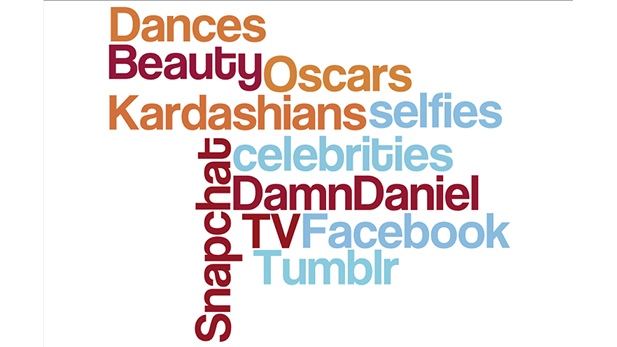 Students in Ms. Higuera-Trask's class listed off topics their friends and family would rather talk about than voting.

But not Josiah and his peers in the school’s We the People program, where students put on mock congressional hearings where they debate topics such as the first amendment.

“When they get on the panel, these children are shuffled off. And what remains are committed, articulate, passionate citizens,” said teacher Norma Jean Higuera-Trask

Challenger’s program is part of a national initiative by the nonprofit Center for Civic Education started in the 1980s. There are almost a half dozen schools in the Sunnyside district that host the program.

"It's important for anyone to vote - white, black, Native American, but it's really important if you're minority. Because we didn't always have that right...it's a big responsibility."
- Myles Gantt, Challenger Middle School student

Since then, she has seen her students go on to serve in student government or testify at the Arizona capitol.

Multiple studies explore the values of civic education. The Vermont Secretary of State published a report in 2007 that showed students who participated in mock elections were more likely to say they would vote in a presidential election than their peers who did not.

The We the People club is well aware of the upcoming presidential election. Voting, after all, is protected in the Constitution.

“It's important for anyone to vote - white black native american, but it's really important if you're minority, because we didn't always have that right,” said Myles Gantt.”It's a big responsibility.” 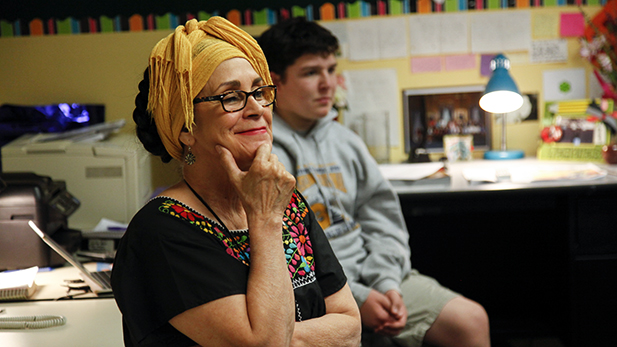 “That’s the beauty of working with these kids, they’re not jaded,” Norma Jean Higuera-Trask said of the students in the We the People club. She said several have gone on to serve in student government or speak to Arizona legislators.
Mariana Dale, AZPM

The majority of Gantt’s peers are minorities. Challenger Middle School is part of the Sunnyside Unified School District. The majority, 80 percent, of the district’s nearly 17,000 students are Latino. About 11 percent identify as white.

This doesn’t surprise Brenda Trujillo, her daughter Lourdes is president of the We the People club.

“There’s a lot of parents that say they don’t have time to go down there," Trujillo said. "I think that if we made aware to them, or exposed the fact, you can mail in your ballot…then they’d be more apt to do it.”

Two of Trujillo’s siblings are in the military and so was her father. There was never any question about whether she would vote or pass the lesson on to her own children.

“The way we were taught by my dad we taught her, your vote is your voice,” Trujillo said. “If you are going to sit here and complain about what this country is and what your society had become and not vote, then just be quiet.”

Not all the students in the class come from families where voting or government is a topic of household conversation.

Nicolas Palma, 13, wore an immaculate charcoal suit on the day of his class’s mock hearing He said he has tried to engage his family.

“When I talked to my mom about voting a while back she said ‘no,’ and I asked her why and she said she didn’t feel like it, the government is stupid,” Palma said.

Palma said his 18-year-old brother recently decided to register to vote and it re-kindled the conversation with his mom.

Sophia Paliza-Carre is also the lead producer for Dímelo, a storytelling project about identity, community and culture in today’s Tucson. Be a part of this project! Tell your story below.

Dímelo Asked: What Inspires You to Vote? Or What Doesn’t? How Are Campaigns Reaching Latinos? Bilingually, Personally Latino Advocacy Groups Unite to Strengthen Voter Turnout
By posting comments, you agree to our
AZPM encourages comments, but comments that contain profanity, unrelated information, threats, libel, defamatory statements, obscenities, pornography or that violate the law are not allowed. Comments that promote commercial products or services are not allowed. Comments in violation of this policy will be removed. Continued posting of comments that violate this policy will result in the commenter being banned from the site.