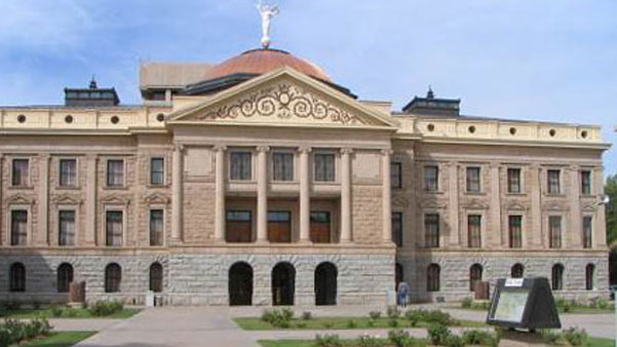 The proposal also requires doctors to follow federal Food and Drug Administration guidelines for dosages. Currently, those guidelines require a higher dosage than is commonly used.

Rep. Eric Meyer, D-Paradise Valley, is a physician. He called the bill a “bad precedent.”

“We’re legislating health care and decisions that are made between a physician and a woman about their health care,” Myer said.

The courts struck down a similar law passed in 2012.

Supporters say SB 1324 fixes what led to the court ruling.

Senate Bill 1485 prohibits state employees from having charitable donations taken out of their paychecks if those donations go to groups providing abortions.

The bill is aimed at Planned Parenthood.

Supreme Court Abortion Ruling Doesn’t Affect Arizona, Yet Lawmakers Want Ban on University 'Free Speech Zones' New State House Rules May Limit Reporters' Access
By posting comments, you agree to our
AZPM encourages comments, but comments that contain profanity, unrelated information, threats, libel, defamatory statements, obscenities, pornography or that violate the law are not allowed. Comments that promote commercial products or services are not allowed. Comments in violation of this policy will be removed. Continued posting of comments that violate this policy will result in the commenter being banned from the site.