NASA: Arctic Ice Photographed at Its Smallest on Record 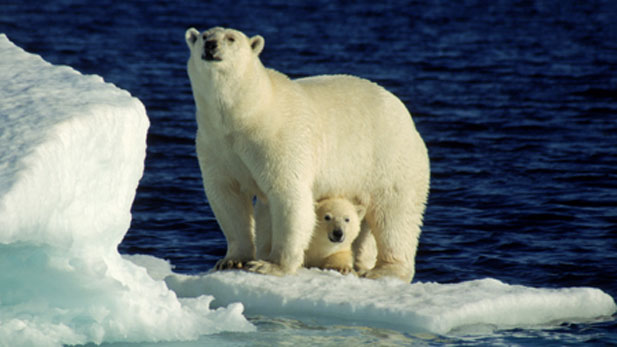 On an ice floe in the Canadian Arctic.

NASA scientist Walt Meier uses satellite images of sea ice in his research and has been looking at the latest images.

“It’s about two Texases less ice now than it used to be back in the late '70s," Meier said.

This year’s winter sea ice levels are lower than the previous record set in 2015, and Meier said the ice is also about 40 percent to 50 percent thinner.

The importance of polar ice is that it reflects sunlight and helps keep other parts of Earth cool, Meier said.

“And that balance between the cold pole and the warmer regions like in Arizona, that helps set up weather patterns," he said.

To study changes in the Arctic, NASA will launch a new mission called Oceans Melting Greenland, or OMG. The researchers will fly over the region in a plane to study ice formations in more detail.

How Did Arizona Hit 'Doughnut Hole' of El Niño Weather? Ducey “implores” Biden to allow oil leases on federal land Border wall scars: 'It feels like if someone got a knife and dragged it across my heart.'
By posting comments, you agree to our
AZPM encourages comments, but comments that contain profanity, unrelated information, threats, libel, defamatory statements, obscenities, pornography or that violate the law are not allowed. Comments that promote commercial products or services are not allowed. Comments in violation of this policy will be removed. Continued posting of comments that violate this policy will result in the commenter being banned from the site.