Getting in to College Is Just First Step for Many Latinos 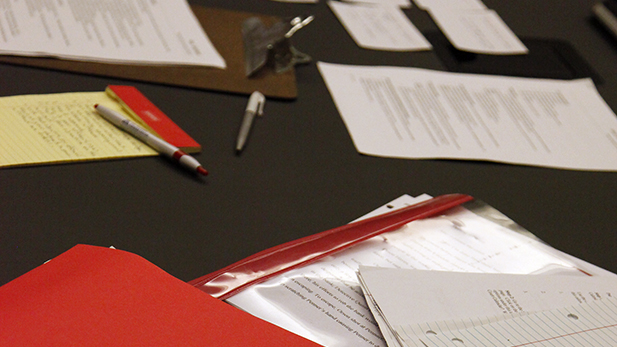 The number of Latinos enrolling at institutions of higher learning is growing, though some face obstacles to ultimately receiving degrees.

Melissa Bustamante is a sophomore at the University of Arizona and, like many Latino students on the Tucson campus, she is the first in her family to go to college.

But even with that family support, the campus can be a daunting place for the native of Agua Prieta, Mexico, on the border across from Douglas.

“There is not that much Latino presence as we all wish for, but I’ve see it grow a little bit in the last couple of semesters.”

It is growing. The UA reports that last year it enrolled 9,500 Latinos, including nearly 2,000 freshmen. This year’s numbers aren’t available yet, but they’re expected to be higher.

The Latino population in Arizona exceeds 2 million, or about one-third of the state’s total, according to the Census Bureau.

As UA enrollment grows, so does the level of support aimed at helping Latino students eventually earn a degree. The university’s retention rate for Latinos has risen in the last few years, but many still struggle with a range of issues that affect their ability to stay in school.

Barriers include money, family issues and legal status, all of which can stand in the way of students graduating.

The UA’s Guerrero Center is working to offset such obstacles by helping students form a sense of community and inclusion.

Andra Soria, the program coordinator at the Guerrero Center, is a UA graduate who pushes a program called AROMAS, or “Abuelitas Reaching Out to Mentor y Apapachar Students.”

Abuelitas are grandmothers, and apapachar means to hug.

“AROMAS is a monthly event that we have where we bring abuelitas from the community to make us homemade food. It’s our biggest event and everybody looks forward to it. … We get to just spend time with them, talk to them and hang out with each other,” Soria said.

UA sophomore Alexandra Rodriguez from San Luis has taken part in the food, and the hugs, at the center. She also works at the Guerrero Center and, like others there, she’s the first in her family to go to college.

“I think the people here at the Center are my family. I know almost everybody,” Rodriguez said.

UA anthropology professor Marcela Vazquez-Leon, director of the university’s Latin American studies program, is an advocate for Latinos going to, and completing, university.

“I’m a very big promoter of Latinos going to university. It’s very important. I think that having a degree … gives you a lot of advantages. It allows for you to prepare yourself for a better job,” she said.

Her initial experience in higher education, at a liberal arts college in Minnesota where there were very few Latinos, led Vazquez-Leon to work hard on her English.

It’s a prospect not lost on Latino students, including Alexandra Rodriguez. She has a sister at home who, she hopes, will follow her in attending a university.

“I have a 16-year-old sister and I’m the oldest. Hopefully she goes to college too.”

Program Aims to Send Latino Students to College in STEM Fields Event Looks to Raise AIDS Awareness in Latino Community Latino Voters Could Turn Elections, if They Vote
By posting comments, you agree to our
AZPM encourages comments, but comments that contain profanity, unrelated information, threats, libel, defamatory statements, obscenities, pornography or that violate the law are not allowed. Comments that promote commercial products or services are not allowed. Comments in violation of this policy will be removed. Continued posting of comments that violate this policy will result in the commenter being banned from the site.