The Tucson Arizona Boys Chorus is celebrating its 70th anniversary this year. Mark McLemore speaks with their director, Dr. Julian Ackerley, and two members of the chorus about their upcoming tour to Japan and South Korea. by Mark McLemore Tweet

The Tucson Arizona Boys Chorus is celebrating its 70th anniversary this year. Mark McLemore speaks with their director, Dr. Julian Ackerley, and two members of the chorus about their upcoming tour to Japan and South Korea.

This story originally aired on Arizona Spotlight on 5-7-2010. 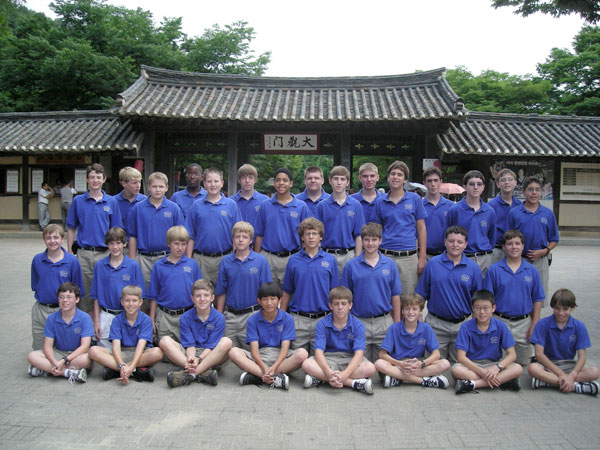 The Tucson Arizona Boys Chorus legacy began 70 years ago, with the vision of Chorus's founder, Eduardo Caso. Since 1980, the director has been Dr. Julian Ackerley, and he speaks with great enthusiasm about the what the Chorus has achieved, and their upcoming tour of Hawaii, Japan, and South Korea. And, hear what being in a Chorus member means to two young boys who have now sung - and done rope tricks -- around the world.

Filmmaker Renee Tajima-Peña on documenting the history of the Asian American experience. Luis Alberto Urrea shares the blueprint for "The House of Broken Angels". Sonia Manzano created a neighborhood of her own for "Alma's Way".
By posting comments, you agree to our
AZPM encourages comments, but comments that contain profanity, unrelated information, threats, libel, defamatory statements, obscenities, pornography or that violate the law are not allowed. Comments that promote commercial products or services are not allowed. Comments in violation of this policy will be removed. Continued posting of comments that violate this policy will result in the commenter being banned from the site.