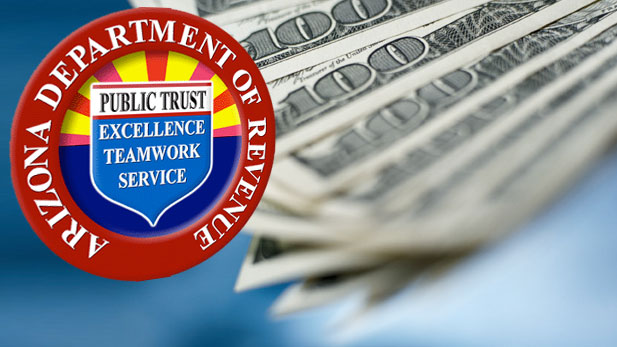 Corporate tax revenues collected in the first seven months of the fiscal year were $101.9 million lower than for the same period a year earlier, the report said.

The report covered January and said corporate tax revenues were significantly down for the month.

"Corporate collections fell by $40 million compared to the prior year and were actually negative for the month," the report's summary said.

Revenues from the month were $28.5 million below the projected budget for the month. Sales tax and individual income tax revenues rose, partly offsetting the business tax revenue decline. The state ended the month$3.7 million below its projected revenue budget.

State Tax Revenues Show Minor Gains in February Senate Advances Measure for Option to Up Fuel Tax Sales Tax Revenue Turns in Another 'Poor Performance'
By posting comments, you agree to our
AZPM encourages comments, but comments that contain profanity, unrelated information, threats, libel, defamatory statements, obscenities, pornography or that violate the law are not allowed. Comments that promote commercial products or services are not allowed. Comments in violation of this policy will be removed. Continued posting of comments that violate this policy will result in the commenter being banned from the site.