Senate Advances Measure for Option to Up Fuel Tax

Voters would decide whether or not to raise it by 10 cents a gallon. by Steve Jess TWEET SHARE 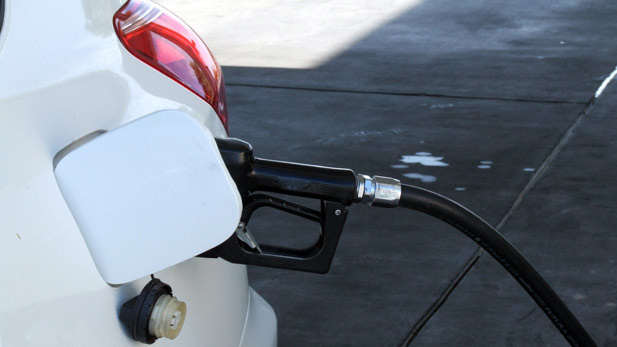 State lawmakers are considering a plan to let voters in each county decide whether to raise their gasoline tax by 10 cents a gallon.

Senate transportation chairman Bob Worsley, a Mesa Republican, is offering a solution to a thorny problem: Arizona’s roads need repairs, but state lawmakers are loath to raise taxes to fix the potholes and add more lanes.

“We have a political environment I think in Arizona right now where we are just not going to get a statewide gas tax increase approved,” Worsley told the Senate Transportation Committee, which he chairs, as he introduced Senate Bill 1147 on Feb. 14.

Worsley’s solution, which the Senate passed and sent to the House, is a bill to empower counties to ask their voters to raise the fuel tax by 10 cents, with the money going to local projects. Roads would get more money, and state lawmakers would be able to say they didn’t vote for a tax increase.

Pima County Administrator Chuck Huckelberry says a statewide tax increase would be best, but a county-by-county option is better than nothing.

“If so, that's the will of the Legislature to allow individual counties to decide, I'm certain that we would be interested in allowing the voters to make a decision on that particular issue.” Huckelberry said.

Business Tax Cuts Reduce January State Revenue Intake Group Hopes to Get Zoo Tax in Front of Voters Former Coconino County Supervisor named to USDA senior staff position
By posting comments, you agree to our
AZPM encourages comments, but comments that contain profanity, unrelated information, threats, libel, defamatory statements, obscenities, pornography or that violate the law are not allowed. Comments that promote commercial products or services are not allowed. Comments in violation of this policy will be removed. Continued posting of comments that violate this policy will result in the commenter being banned from the site.