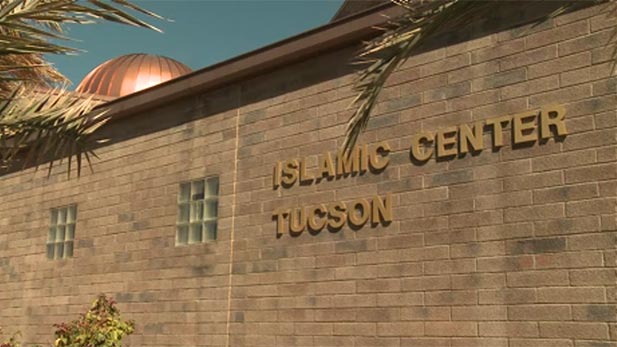 The political atmosphere in the United States has helped create misunderstanding and fear of the Islamic religion and its people. To counteract that, the Islamic Center of Tucson next week will foster dialogue among middle schoolers about faith.

“People talk about differences between different faiths and cultures," Sheikh said. "Yeah, we have differences. Nobody is denying that. But nobody said it means we can’t live together. So I think we start with our kids, and make it a reminder we are going to live together.”

Sheikh said that is the reason the center will host a conversation next week between middle schoolers from Tucson’s Muslim community and the private Imago Dei Middle School about their respective religious identities.

Two seventh graders from the Muslim community will explain what it means to them to be Muslim, followed by group discussion. Imago Dei kids will also tour the center’s mosque and observe a prayer.

Sheikh said the day’s events will be in the hands of the young participants.

“It’s not going to be an adult talking to kids,” he said. “It’s going to be between kids, sharing their faith, their practices, their culture.”

Tuesday’s event is closed to the public, but Sheikh encouraged Tucsonans to keep up with the Islamic Center on Facebook and Twitter for information about future events.

Tucson Muslims Take Desert Heat in Stride During Ramadan Support for Islamic Center 'Tremendous' Following Vandalism Tucson Islamic Center Invites Students to Interfaith Conversation
By posting comments, you agree to our
AZPM encourages comments, but comments that contain profanity, unrelated information, threats, libel, defamatory statements, obscenities, pornography or that violate the law are not allowed. Comments that promote commercial products or services are not allowed. Comments in violation of this policy will be removed. Continued posting of comments that violate this policy will result in the commenter being banned from the site.