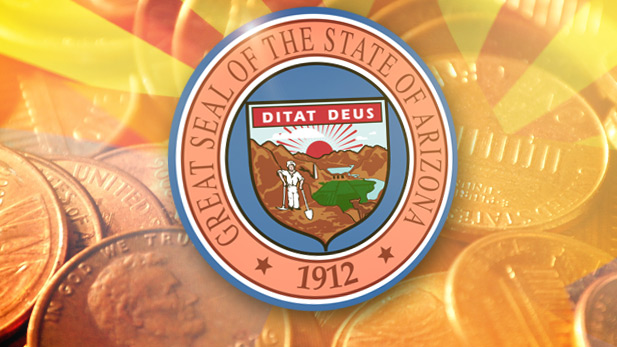 The legislative report said part of the issue is timing, with February a volatile month in which to view revenues because its the start of tax return season.

The Highway User Revenue Fund, made up of revenues from the state gasoline tax and vehicle and driver's license fees, was $3.2 million below the budget projection, or 2.7 percent. The fund is used to finance state and local street and road peojects.

Arizona Tax Revenue Up 7 Percent in May State Revenues Drop in April, But Analysts Say No Cause for Concern Supervisor Bronson: Gas Tax Could Be 'Tool in Toolbox'
By posting comments, you agree to our
AZPM encourages comments, but comments that contain profanity, unrelated information, threats, libel, defamatory statements, obscenities, pornography or that violate the law are not allowed. Comments that promote commercial products or services are not allowed. Comments in violation of this policy will be removed. Continued posting of comments that violate this policy will result in the commenter being banned from the site.