Search On For Suspect in Mount Lemmon Fire 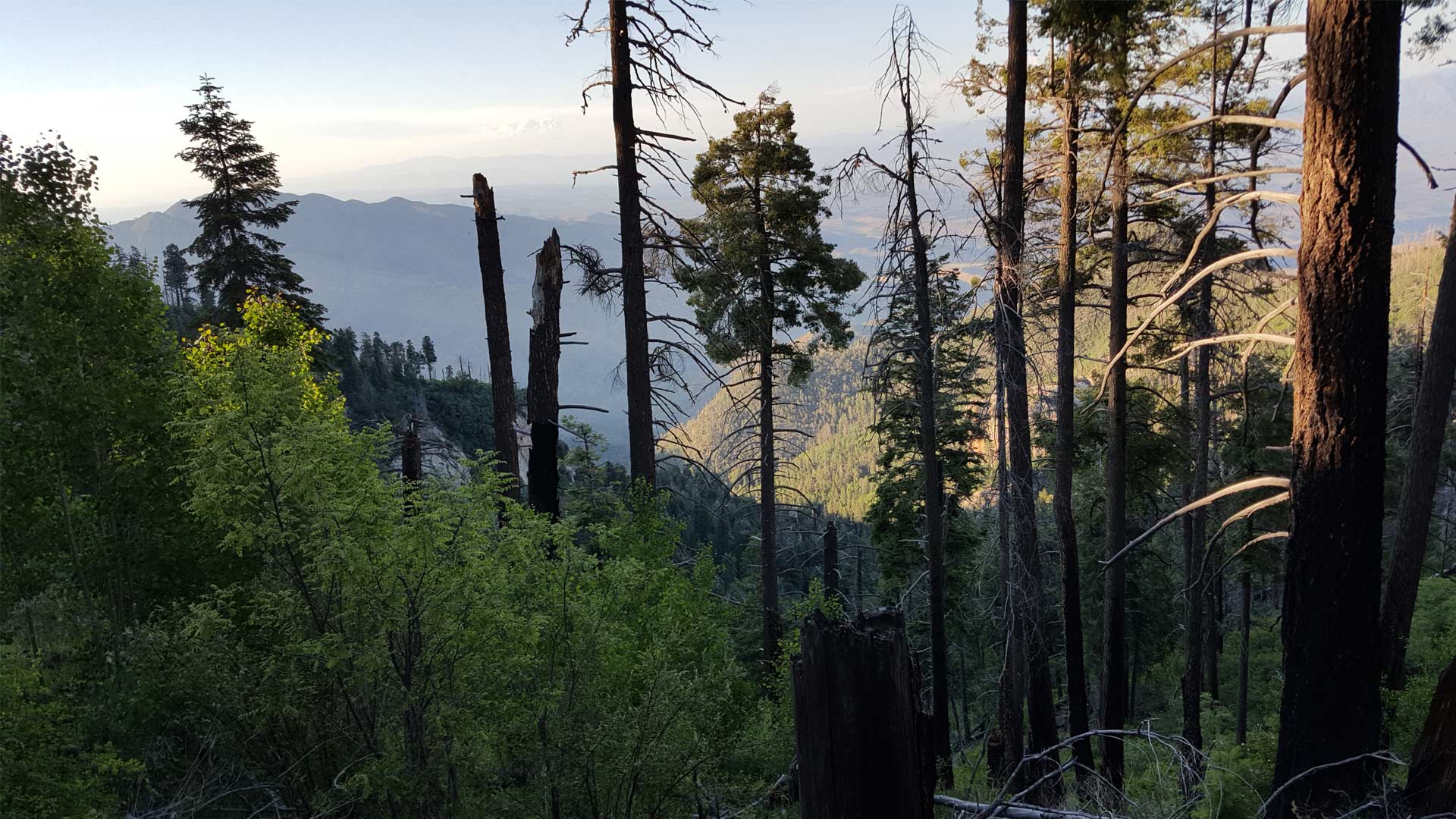 Looking down at the north slope of Mt. Bigelow in the Coronado National Forest.
AZPM Staff

Officials with the Coronado National Forest are asking the public for help identifying a person suspected of starting a fire on Mount Lemmon last Tuesday.

The Molino Fire, which burned 50 acres, was started by "recreational shooting," according to a press release.

Officials are looking for a man who was driving forest-green mid-90s Ford Explorer, which was parked at Milepost 4.5.

People with any information or who might have seen the incident are being asked to contact the Coronado National Forest Supervisor’s Office at 520-388-8300.

Mount Lemmon highway reopened after wildfire Wildfire Risk Goes Beyond Hottest Months, Officials Say Wildfire on Mount Lemmon Contained at 50 Acres
By posting comments, you agree to our
AZPM encourages comments, but comments that contain profanity, unrelated information, threats, libel, defamatory statements, obscenities, pornography or that violate the law are not allowed. Comments that promote commercial products or services are not allowed. Comments in violation of this policy will be removed. Continued posting of comments that violate this policy will result in the commenter being banned from the site.