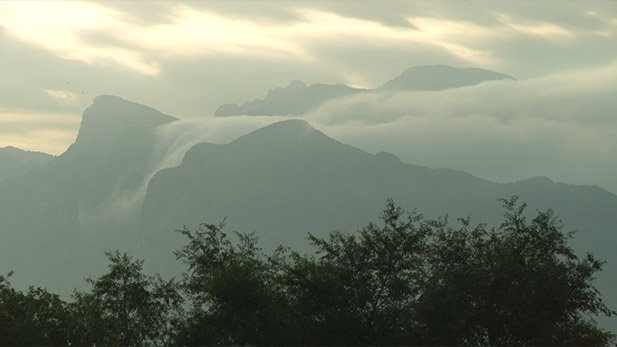 Clouds build up over the Catalina Mountains.
AZPM Staff

The official monsoon forecast for this year is a shrug.

In a video released online Wednesday, Weather Service meteorologist Glenn Lader said near-normal ocean temperatures, coupled with a deeper than usual snowpack in the Rockies, mean there’s an equal chance of above-normal and below-normal rainfall from mid-June through September:

“Obviously, there are a lot of moving parts here," Lader said, "and none of these factors we discussed lend a tremendous amount of confidence to the monsoon outlook in themselves. Taken together, we are seeing some clearly mixed signals.”

While the rainfall forecast is unclear, the temperature forecast is not. Lader says the three-month outlook for Arizona, and most of the country, is for warmer than normal temperatures.

The monsoon season in the Southwest officially runs from June 15 through Sept. 30.

Monsoon Starts Late, Starts Strong National Weather Service Wants Help Spotting Storms Arizona Monsoon Season Over; How Did Your Region Do?
By posting comments, you agree to our
AZPM encourages comments, but comments that contain profanity, unrelated information, threats, libel, defamatory statements, obscenities, pornography or that violate the law are not allowed. Comments that promote commercial products or services are not allowed. Comments in violation of this policy will be removed. Continued posting of comments that violate this policy will result in the commenter being banned from the site.