An industry analyst says a significant rise isn't expected, and prices should return to normal by the end of the month. by Zachary Ziegler TWEET SHARE 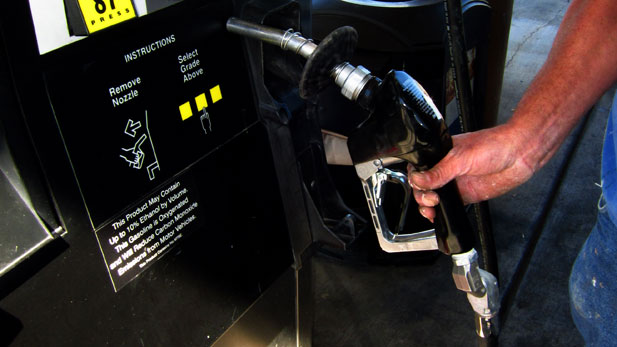 Hurricane Harvey has shuttered some oil refineries along the Gulf Coast, but a spokesperson for AAA Arizona thinks the state will avoid a large price spike.

Gasoline prices in Tucson are up 6.5 cents in the last month, according to the auto group, a jump that AAA's Michelle Donati calls notable, but not as bad other places are seeing.

She said Arizona is on two pipelines, one from California and another from Texas, so the state is able to compensate with California gas when Texas production dips.

She said Arizona's prices were relatively low to start with, so driving habits are not being affected.

“This mini-spike that we have experienced so far is something that we anticipate to be relatively short-lived. We don’t believe it’s going to curb any travel decisions in terms of Arizonans saying, ‘Well, I’m going to stay home as a result of higher gas prices.’”

Used Car Prices In Phoenix Area Spike After Hurricane Harvey 18.4 Percent of Tucson Mortgages Cosigned by a Second Party Saving Lives in Texas — People First, Pets a Close Second
By posting comments, you agree to our
AZPM encourages comments, but comments that contain profanity, unrelated information, threats, libel, defamatory statements, obscenities, pornography or that violate the law are not allowed. Comments that promote commercial products or services are not allowed. Comments in violation of this policy will be removed. Continued posting of comments that violate this policy will result in the commenter being banned from the site.