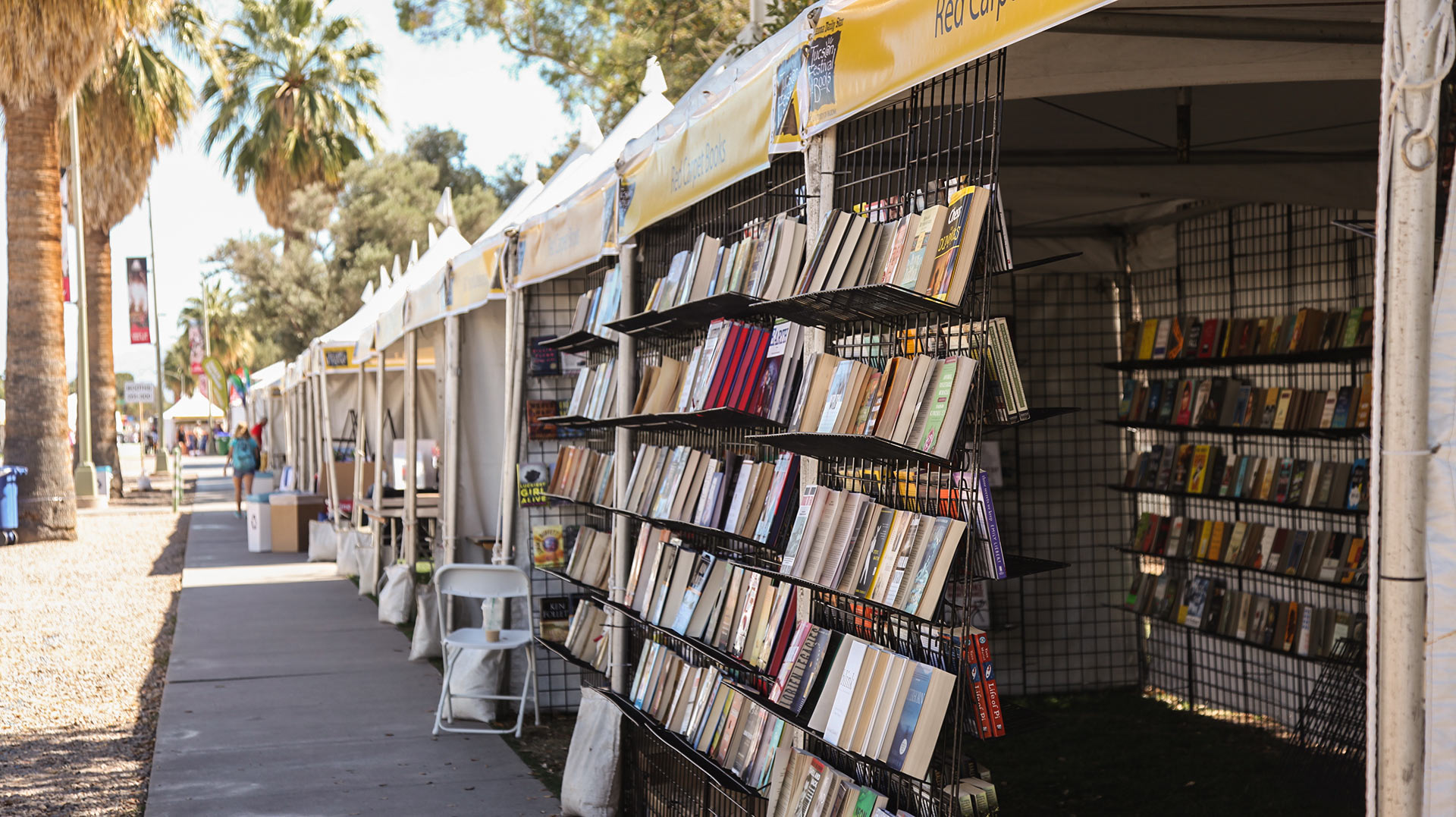 Booksellers set up in preparation for the 2017 Tucson Festival of Books.
Nick O'Gara, AZPM

The annual Tucson Festival of Books has become a go-to event for authors and readers, and some of the attendees for next year’s festival have been announced.

The March 10-11 event will be the 10th time the festival takes over the University of Arizona campus. Festival co-founder Brenda Viner said it's an event publishers and authors now plan their schedules around.

“Many authors are now choosing the Tucson Festival of Books, our date, when they launch their new book. So that’s kind of a big deal for Tucson,” she said.

TFOB, as it's called, is one of the top-three book festivals in the country, Viner said.

Viner said the Native American pavilion will return next year, and there will be improvements to Science City and the popular children’s area.

"Our goal is to improve literacy rates in Tucson for children and adults," she said.

In the festival's first nine years, more than $1.6 million was raised for local literacy programs and organizations.

The full list of the 2018 Tucson Festival of Books' more than 350 authors will be revealed Nov. 24 on the event’s website.

AZPM at the Tucson Festival of Books Authors Diana Gabaldon, Jimmy Blackmon, Linda Valdez & Dan Falk Visit The 2016 Tucson Festival of Books News roundup: Virus numbers grow at UA, Biden increases lead in AZ, flu shots crucial
By posting comments, you agree to our
AZPM encourages comments, but comments that contain profanity, unrelated information, threats, libel, defamatory statements, obscenities, pornography or that violate the law are not allowed. Comments that promote commercial products or services are not allowed. Comments in violation of this policy will be removed. Continued posting of comments that violate this policy will result in the commenter being banned from the site.