Opponents say the tax reform proposal will raise graduate student tax bills by as much as 400 percent. by Brandon Mejia TWEET SHARE 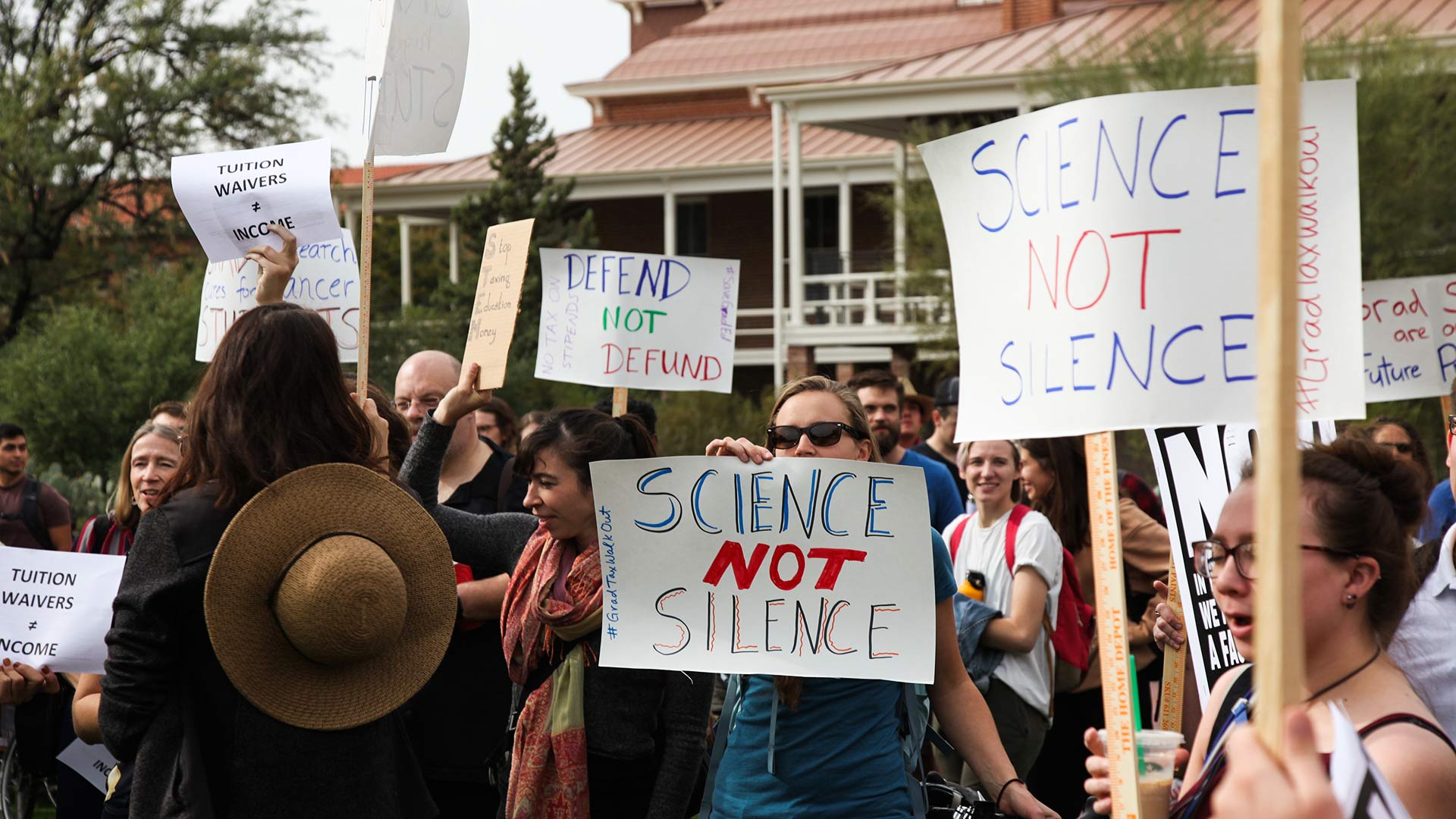 As the U.S. Senate prepares a vote on the tax reform bill, University of Arizona graduate students chanted "defend not defund" in response to the proposal.

Cari Tusing, a Ph.D Student studying anthropology at the UA, says the proposal will raise graduate student tax bills by as much as 400 percent.

"The Republican tax bill will be including tuition waivers in our income," Tusing said. "We don't see that money at all, and the impact of that being calculated as income would mean that our already-modest stipends will be reduced to such a point that we won't be able to live from it."

Tusing was one of nearly 50 University of Arizona graduate students who walked out of class Wednesday as part of a national protest over the tax reform proposal.

Are Arizona's Senators On Board for Tax Cut Bill? Tucson Teacher Receives $5,000 Surprise Sales Tax for Roads? You Can Weigh In
By posting comments, you agree to our
AZPM encourages comments, but comments that contain profanity, unrelated information, threats, libel, defamatory statements, obscenities, pornography or that violate the law are not allowed. Comments that promote commercial products or services are not allowed. Comments in violation of this policy will be removed. Continued posting of comments that violate this policy will result in the commenter being banned from the site.