The shooting allegedly happened after one of the agents was attacked. by Matthew Casey, Fronteras Desk TWEET SHARE 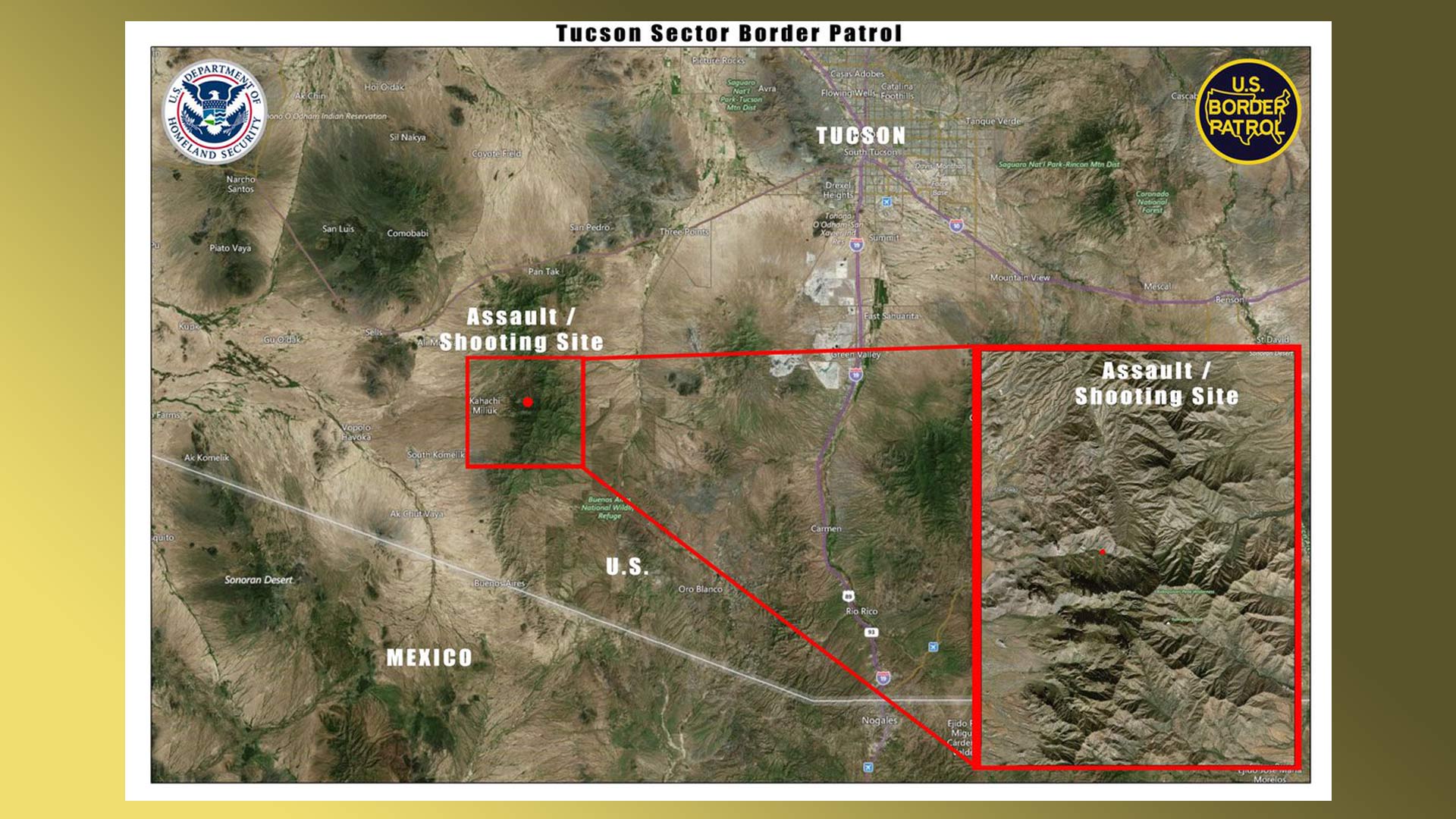 A U.S. Customs and Border Protection agent shot and killed a suspected undocumented immigrant Wednesday in the mountains southwest of Tucson after the man attacked the agent’s partner and got control of their weapon, federal authorities say.

Two CBP agents encountered a group of suspected undocumented immigrants in a remote area about 21 miles north of the border, according to a statement released Thursday by Tucson Sector Chief Patrol Agent Rodolfo Karisch.

A man in the group attacked a CBP agent when they tried to arrest him, and the attacker got control of the agent’s weapon, Karisch said. The other border patrol agent then shot the man, who later died. One of the agents suffered non-life-threatening injuries and was treated at a Tucson hospital.

CBP arrested three other Guatemalan nationals who were traveling with the group, Karisch said. Police from the Tohono O’odham Nation are leading the investigation into the shooting, assisted by the FBI and CBP's Office of Professional Responsibility.

The incident was the second time in less than a week CBP agents were assaulted in Arizona. Authorities said an agent was attacked by a 17-year-old Mexican national on Thanksgiving near Vamori, Arizona.

Nogales Border Patrol Increasing Penalty for First-Time Undocumented Immigrants Nominee to Head CBP Cleared of Wrongdoing Ahead of Senate Hearing CBP Spends $5M on Polygraphs for Applicants Who Admitted to Crimes
By posting comments, you agree to our
AZPM encourages comments, but comments that contain profanity, unrelated information, threats, libel, defamatory statements, obscenities, pornography or that violate the law are not allowed. Comments that promote commercial products or services are not allowed. Comments in violation of this policy will be removed. Continued posting of comments that violate this policy will result in the commenter being banned from the site.