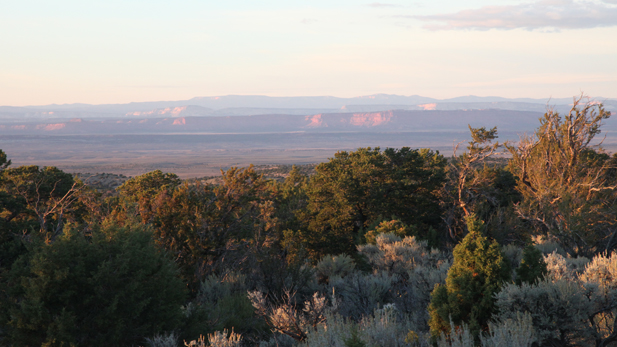 The plan would shrink Bears Ears National Monument by 85 percent and reduce Grand Staircase-Escalante by almost half, according to documents obtained by the Associated Press. That would cut the total amount of red rock country protected under monument status from 3.2 million acres to 1.2 million acres.

“Trump has no clue how much people love these sacred and irreplaceable landscapes but he’s about to find out,” said Randi Spivak, public lands program director for the Center for Biological Diversity. “He’s shown nothing but blatant disregard for public lands, Native Americans and the law. We look forward to seeing him in court.”

Spivak said the move is politically motivated by the Utah delegation.

Republican Congressman Rob Bishop from Utah wants more local control of the land, saying there needs to be room for economic development.

Bears Ears contains tens of thousands of artifacts and is considered sacred by several tribes in the Southwest.

Exploring Ironwood Forest, Its Future Unclear Groups Defend Ironwood Forest National Monument Status Arizona Republicans Urge Closing of National Monuments
By posting comments, you agree to our
AZPM encourages comments, but comments that contain profanity, unrelated information, threats, libel, defamatory statements, obscenities, pornography or that violate the law are not allowed. Comments that promote commercial products or services are not allowed. Comments in violation of this policy will be removed. Continued posting of comments that violate this policy will result in the commenter being banned from the site.