Gabrielle Giffords chose this song to send into space in 2008, and here is a previously unheard version... by Mark McLemore TWEET SHARE 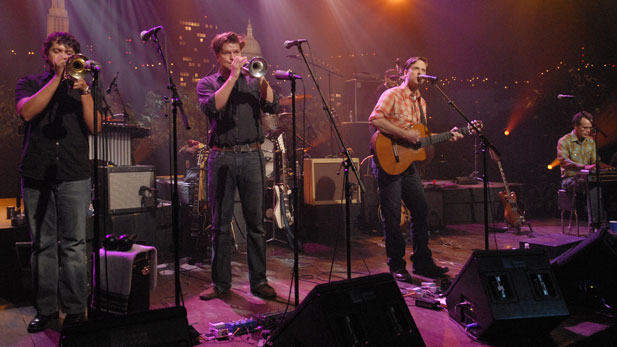 Congresswoman Gabrielle Giffords continues her long recovery following the January 8th shooting, and the latest word from her physicians is good. Those who know her well are relieved, but not surprised - her positive energy and strength have served her well many times in the past. Those qualities were remarked upon by her friend Joey Burns during an interview with NPR's Guy Raz for weekend All Things Considered. Joey is the lead singer and songwriter for Calexico, the critically-acclaimed Tucson band which played at several of Congresswoman Giffords' public events.

Here is Calexico with a previously unheard version of "Crystal Frontier", a song that was chosen by Congresswoman Giffords as a wake-up call for the crew of the space shuttle Discovery in May of 2008, when it was under the command of her husband, Mark Kelly.

The 89-90 Trip: Canada at Last Finding perspective on race and privilege: "Master Harold"... and the Boys Celebrating "One Small Step"
By posting comments, you agree to our
AZPM encourages comments, but comments that contain profanity, unrelated information, threats, libel, defamatory statements, obscenities, pornography or that violate the law are not allowed. Comments that promote commercial products or services are not allowed. Comments in violation of this policy will be removed. Continued posting of comments that violate this policy will result in the commenter being banned from the site.