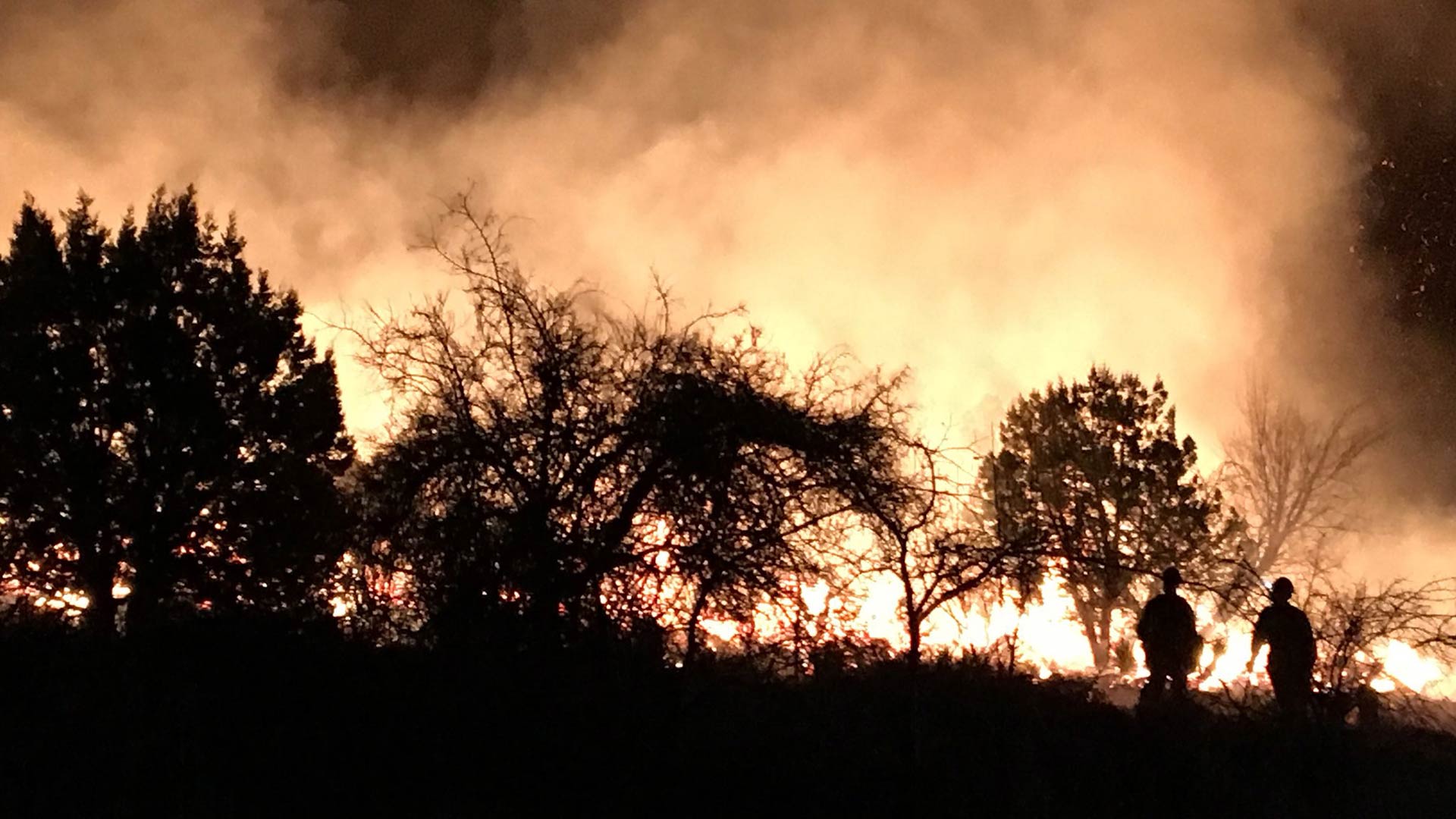 A fire in Cochise County has burned nearly 3,000 acres as of Monday afternoon.

The Knob Hill fire started on private land Saturday and spread onto the Coronado National Forest the same day.

Winds caused by an incoming storm bring the risk of spreading the fire, according to a Coronado official, and fire crews are working to strengthen fire line in order to prevent the spread.

"Strengthening that line is going to be the best action we can take in response to the winds today and in anticipation of the storm systems coming through," said Coronado National Forest spokesperson Heidi Schewel.

She said the fire comes at a time of year that is often not associated with wildfire, and that timing shows that wildfire risk in Arizona is no longer a seasonal matter.

"You need to realize: Use those fire safety habits that you've formed year-round, not just in the summer, not just when it's hot, because this fire went to 3,000 acres in a matter of hours in mid-February," said Schewel.

Fire managers expect to reduce crew numbers working the Knob Hill fire in coming days as a storm system moves into the area, bringing a chance of rain Wednesday and Thursday.

Dry Weather Pushing Tucson Area to Peak Wildfire Season NWS: Warmth, Wind Bring Fire Danger to Southern Arizona Coronado National Forest Offers Permits to Gather Dead Trees for Firewood
By posting comments, you agree to our
AZPM encourages comments, but comments that contain profanity, unrelated information, threats, libel, defamatory statements, obscenities, pornography or that violate the law are not allowed. Comments that promote commercial products or services are not allowed. Comments in violation of this policy will be removed. Continued posting of comments that violate this policy will result in the commenter being banned from the site.